Mustapha was depressed after starring in reality show 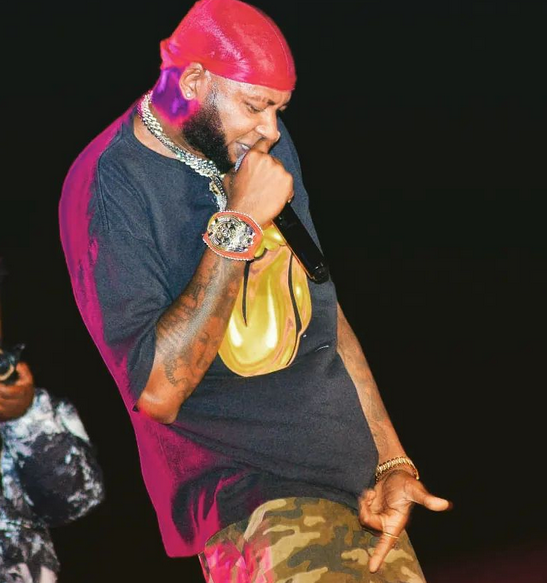 Colonel Mustapha says he got depressed after the end of his role as a reality Tv star on Nairobi Diaries.

"It's been five years since I released music. Now I am back.I had depression at some point, like two or three years after I left 'Nairobi Diaries' and things went bad."

"....I was not in peace and it got to a point I realized it was dragging me behind and my friends were no longer supporting me," he said.

He went on to speak about how chaotic his relationship was with Noti Flow, who was also part of the reality show.

"I was not in peace and it got to a point I realized it was dragging me behind and my friends were no longer supporting me," he said.

"For instance, you would be sitting with her, happy and talking and then within five minutes, she checks her phone and then gets angry, and you would have no idea. Sometimes you wouldn't know if she saw someone with nice shoes on Instagram which agitated her."

He went on to accuse her of taking away his Instagram account, forcing him to start over.

"She stole my Instagram account. Nililog in kwa simu yake, at that time I had lost my phone for like two to three weeks, so she wanted to post something aka change email address and everything so akaanza kupost vitu zengine zenye hazinihusu so nikaona hapa tu nikuchorea," he said.

"She did not return the account, she took it, she changed it to her fan page so I had to find another one. I lost my Instagram account among other important things and then I noticed I wasn't making progress."

In a past Instagram post, Noti hinted that she had called the police on her ex-boyfriend over claims that he was abusive to her.

"I arrested him and he was crying like a baby. Behind bars is where such criminals belong. Assault is a serious case guys. Be woke. Don't throw your lives away. We have an ongoing court case and I will make sure justice is served," Noti wrote.