At the start of October, he was a billionaire music artist and businessman, and had deals with some of the world's biggest brands 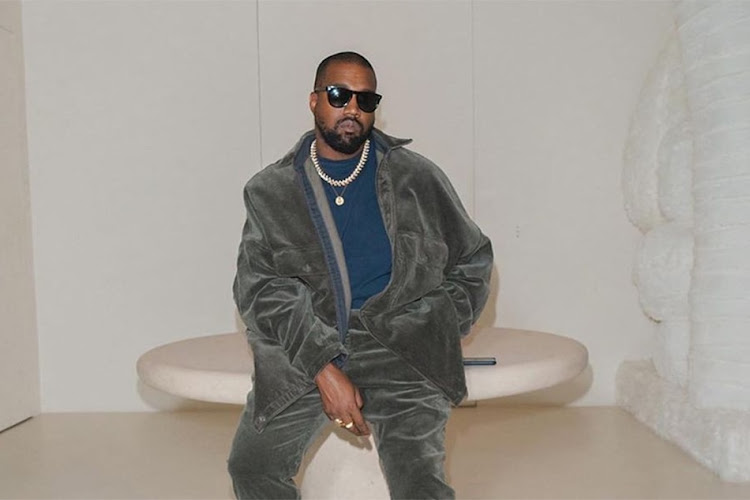 Kanye West has never been afraid to upset people, but his recent tirades against Jewish people have been too much for many.

At the start of October, he was a billionaire music artist and businessman, and had deals with some of the world's biggest brands.

Fast-forward just two months, and most of those no longer apply.

And it all started with a T-shirt.

At his Yeezy SZN 9 show, Kanye, now officially known as Ye, wears a t-shirt with a White Lives Matter slogan.

It doesn't go down well, and fans and fellow hip-hop stars line up to call him out.

Kanye gets involved in a row with rapper Diddy, who posts a video criticising the White Lives Matter shirts.

Adidas says it's reviewing its deal with Kanye.

Kanye - who hasn't posted on Twitter for almost two years - returns to the bird and takes aim at Mark Zuckerberg, the boss of Facebook and Instagram.

He then posts a tweet which appears to be a threat directed at Jewish people.

An episode of YouTube talk show The Shop: Uninterrupted starring Kanye is pulled over 'more hate speech' due to his alleged use of hate speech.

Kanye was diagnosed with bipolar disorder years ago and has publicly spoken about his challenges with his mental health.

But at the time of this interview being pulled, people who share his condition told the BBC that mental health problems do not go hand-in-hand with antisemitism.

A bad week for Kanye as major companies begin to announce they no longer want to work with him.

Adidas comes under increasing pressure to do the same.

Cutting the partnership means Adidas will make a net loss of £217m in 2022.

But it's a bigger loss for Kanye, who is estimated to make $1.5bn from his contract with the sportswear giant.

US money magazine Forbes says he is no longer a billionaire and puts his new net worth at $400m.

American shoe company Skechers says Kanye turned up at its headquarters "unannounced and uninvited" and had to be removed.

It says it has no plans to work with him and condemns his previous comments.

It declines to comment for the feature but two days later announces it's launched an investigation into the claims.

Kanye announces he plans to run for US president in 2024.

Before this, reports circulate of him dining at Donald Trump's Mar-A-Lago golf club in Florida with far-right political commentator Nick Fuentes.

He wears a face covering through the whole interview, praises Nazi leader Adolf Hitler and rants about sin, pornography and the devil.

Hours after the broadcast, he's suspended from Twitter again for "violating our rule against incitement to violence".

Kanye's known for being unpredictable, so it's unlikely to be the end of the saga.

His music remains popular, and fans have been seeing him in their annual Spotify Wrapped and Apple Replay round-ups.

But there are reports of some users demanding streaming giants remove his music.

Fans have previously told Newsbeat they might consider skipping his tracks - so time will tell if he'll still be in our top tracks next year.

Sol Generation signee Bensoul is in mourning following the death of his grandmother.
Entertainment
2 months ago