After carefully thinking about the situation, Nyamu took to social media to declare herself single, saying she had cut ties with Samidoh 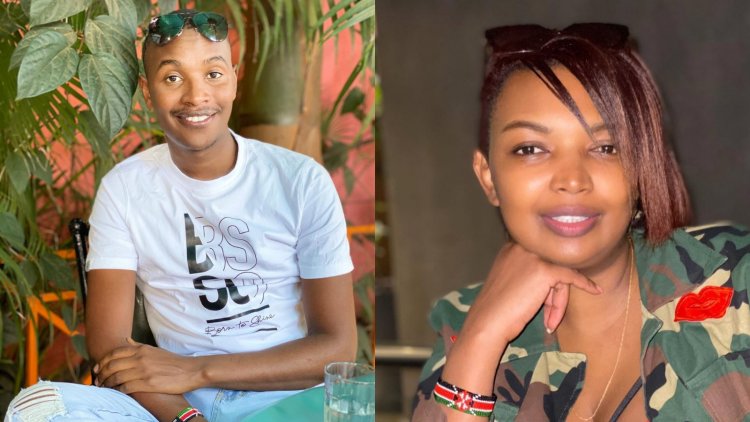 Samidoh on the left and Karen Nyamu to the right
Image: INSTAGRAM

Fans are reacting after nominated senator Karen Nyamu declared herself single hours after an altercation with Edday Nderitu, wife to Mugithi singer Samidoh.

In trending videos, one video shows Nyamu on stage trying to sing while the security stopped her. In another video, Nyamu is seen being walked out by security after almost having a physical altercation with Edday. The video also shows that Samidoh walked away with his wife as Nyamu was allegedly being thrown out by bouncers.

The morning after, Nyamu vowed to stopped drinking alcohol.

"What went on yesterday? I woke up and found I've been tagged on social media. You guys don't sleep? Alcohol is not soup. I have stopped drinking alcohol, I'm not drinking it anymore."

After carefully thinking about the situation, Nyamu took to social media to declare herself single, saying she had cut ties with Samidoh.

"Great and powerful women will attest that many times our weakest link is the men we get involved with. I am stopping the pattern. I have made a conscious decision to end for good my involvement with the father of my babies and now ex Samidoh Muchoki."

"I could have called Samidoh and ended it quietly but I made it a drama. This has become a concern since I am a member of the senate....I have no regrets but I promise that's the last time I will be involved in such a situation."

She went on to say she had zero regrets

"I don't wish I did things any different. I however promise you that it is the last time your girl will ever be involved in situations like that eve again."

Adding that she was fortunate to be bestowed upon the honour and responsibility of leadership in the country "To be a people's representative in parliament is an opportunity I treausre and take very seriously."

Check out fans' reactions to the whole drama;

Mutwirieric: I know what it takes to make such a decision, whatever made you make this decision its the best

Agkim: Kwanza she bragged that she is paid with the tax we struggle to pay 😢

Clementine: Girl is the best decision you've made.....you need to be treated well......

Realitycheck254; I was wondering why a woman like her is fighting over a guy ..

oTIENOJILL: After all that embarrassment I thing this is the best decision ur making utapata wako

Samidoh's wife thanks US promoter Bernice for taking care of artist

Edday praised Bernice Saroni for having a beautiful soul.
Trending
2 months ago