Sallam said ditching Diamond for Harmonize was lowering his standards 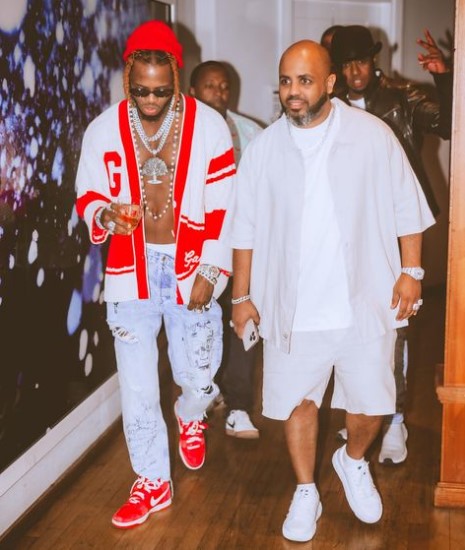 Diamond's manager Sallam Sk had been rumoured to have left the singer's record label WCB. Rumour had it that he was joining Harmonize as his new manager.

The rumour started when he was seeing spending time at the backstage of a show Harmonize was performing at.

But Diamond and Sallam have shut down the rumours as new photos show the two are still working together. They were spotted setting up Diamond's event where he is set to perform on new year's.

In an interview, Sallam said ditching Diamond for Harmonize was lowering his standards.

"Because he (Harmonize) had shown that he wanted to patch things, I saw there was no problem but to manage him, I will have disrespected myself. For me to exit Wasafi to go to Konde Gang, I will have lowered my standards," he said.

Adding "My next level should be being a manager at universal music or international labels. I can only work with him if he goes back to Wasafi or I open my own record label."

He however acknowledged Harmonize's talent.

'He is a good, talented artiste and I respect his art."

Unlike before, Tanzanian singer Harmonize thinks these days, women are in love with him
Entertainment
1 month ago