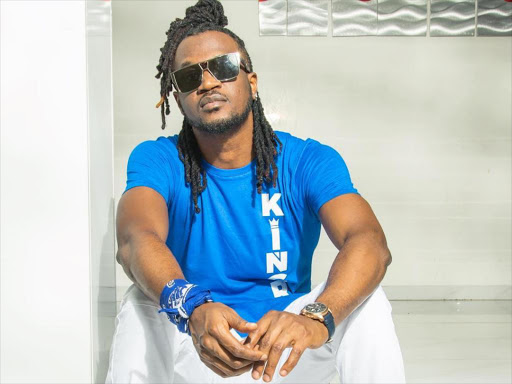 PSquare member Paul Okoye aka Rudeboy has spoken up after being blasted for flaunting his new lover months after split with his wife.

He and his wife Anita Okoye were married for eight years before she filed for a divorce which Nigerian media pundits report that she was recently granted by a high court in Abuja.

Rudeboy recently shared a video of his lover Ivy Ifeoma as they celebrated their one year anniversary. Some fans felt he's moved on too fast while others felt he'd dated a girl way younger than he is. The singer also took to Instagram live after backlash from fans to clarify things.

He said he was single for a long time before meeting Ivy.

“You know me, I always keep things to myself. I’ve kept it to myself that I’ve been single for four years, and I’ve been divorced for a long time. I don divorce sef before I found Ifeoma, so make una just calm down,” he said.

Responding to whether he was going to marry his new lover, he said;

“Until I send you IV first. I go send una IV, although her name is Ivy if you know what I mean.”

Ivy is a content creator that specializes in fashion, beauty, and lifestyle. She also owns a clothing line.