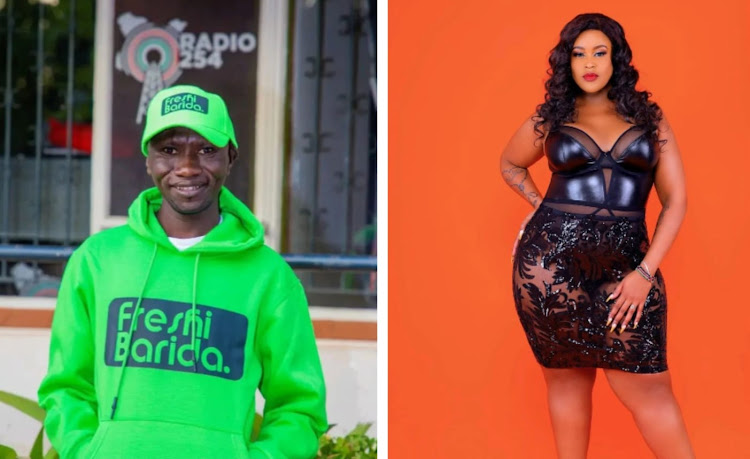 Kamene Goro met Stevo Simple Boy over the holiday. This came just months after Stevo said he had a crush on the Kiss FM presenter.

"He's so funny. One celeb I can tell is genuine with you guys. He doesn't have maneno mob."

Kamene also spilled the beans on what the 'Tuheshimu Ndoa' hitmaker told her about his ex bae Pritty Vishi.

"I was even asking him about his ex akasema huyo dem ni kichaa. He's still celibate. I also met him in Diani, he is a celeb. He even has to hide himself. He doesn't drink alcohol but women love him."

Oga Obinna then condemned event organisers who failed to pay him in his Mombasa show.

"Lakini hii story ya kupeleka Stevo Simple Boy Mombasa and don't pay him is not right. This is just for a lot of artistes, there's something called a contract which stipulates before I even start marketing the event you must have paid me 50 percent at least, because some events get cancelled and I have used my influence, then you get to the venue and given the balance."

Kamene added "I hear the only person who was paid was Ruger."

In the past, Kamene said she will not be putting a price on her herself
Trending
2 months ago