Pol said he started dating Muigai in 2018 but split in February 2022. He added that the divorce was completed late 2022 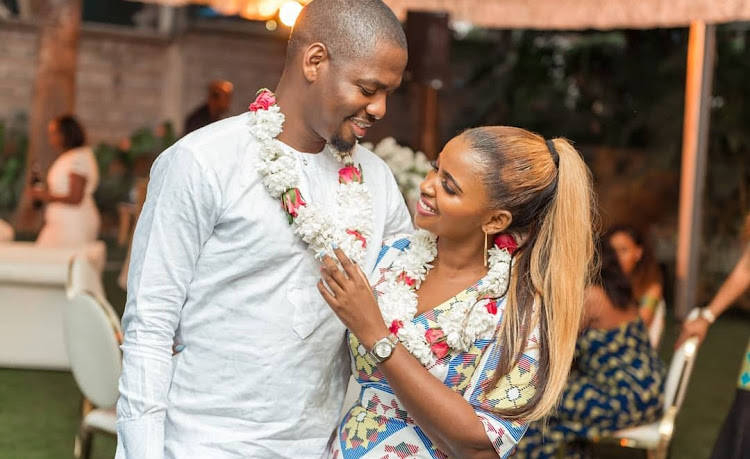 In an interview on Millard Ayo, Pol said he started dating Muigai in 2018 but split in February 2022. He added that the divorce was completed late 2022.

Asked his experience, he said;

"To be honest, I didn't enjoy marriage, I didn't experience the best like other people do. For us, it was all about photos and posting on social media."

Asked whether he felt like she used him to brand herself, the singer said that marriage was on her bucket list and she ticked it.

"I am at a neutral place. No complaint but in my opinion, I think I brought completion to her. "

"The level at which I loved and dedicated myself to her, I had never done it to anyone else. Thats my first relationship that I went deep and I was okay. "

Ben said the last time they spoke was in July when he was in Nairobi.

"We chat on Whatsapp, there were things that she had left, I sent someone to give her and she texted saying she had received them. "

He denied that infidelity was the thing that broke them up

"Its just other issues," he said.

The singer said during his relationship with the businesswoman, thats the season he ever earned less in his music career.

"When I was in a relationship with my ex-wife, that's when I made less money. People booked me and I wasn't available. There's a time I spent about six months without coming back home to Tanzania. Sometimes, I would be booked for jobs which would collide with her traveling schedule. I wanted to protect our love and marriage so I would give that job to someone else," he explained.

On allegations that she was the one providing financially, he said;

"I didn't grow financially and that wasn't my target."

"Not all travelling was vacations, some were more of service. When she is ready, she will talk about it. "

"I am okay when people say she was providing to me untill she comes out and clears the air."

On whether he would go back, he said;

"It is possible that there is some space. I believe people change but I don't know what position she will find me if that happens."

He admitted that he still loves her.

"I will be lying if I say I don't love her, I invested my love to her."