Wema Sepetu's boyfriend ready to change religion for her 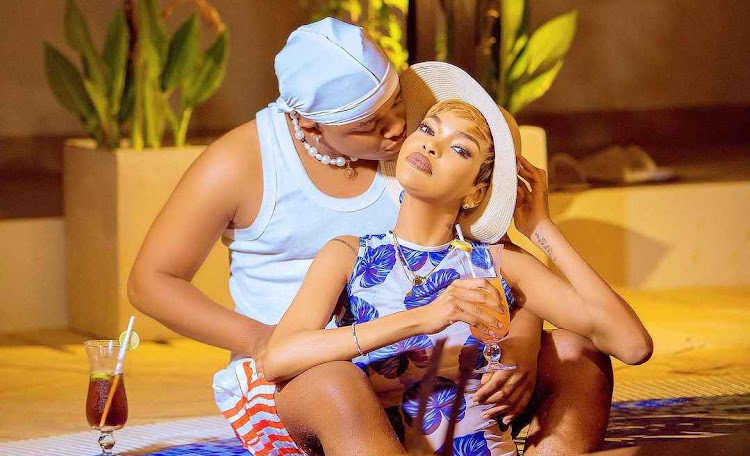 He added that for him to do that, he'll have to change his religion to Islam.

"Nilishasema nauona wmaka huu. Nabadalisha tu. I will give myself the name Othman. You think I can refuse to marry her bacuse of religion, you must be crazy."

Sepetu and Whozu became Instagram official last year when they were spotted kissing on her birthday.

Last year, the couple was also expecting a child but experienced a miscarriage on the third month.

In an interview with Clouds FM, Whozu explained that he had argued with Sepetu for sometime before they lost the pregnancy. He said he was a jealous boyfriend and had not forgiven Wema for something she had done at the time.

"Wema was pregnant in August. When it was about three months, we argued and almost broke up. I was the one who was on the wrong and I had gotten angry at Wema and couldn't get myself to listen to her. I wanted to just break up with her. "

"I didn't know that that would affect the pregnancy. I wasn't a gentleman, I love her and I felt she had hurt me. "

"She begged for my forgiveness and I couldn't listen. I was given the news that she had undergone a miscarriage."

"She send me a message saying 'That's what you wanted, are you happy?' I felt confused and she cried a lot."

"I asked myself many questions. I regretted."

Sepetu on the other hand hinted that she hasn't given up on looking for a child. She added that the doctors had advised her to stay away from stress and be on bed rest.

"When we argue, it stays between us and we don't like to put it in the open. I don't want to involve people in a lot of what really happens in our lives. We love to see people see us love each other but keep the problems to ourselves."

"Yes, it happened and I really don't like to talk about it because its something I wouldn't want to see happen again and I wasn't happy about it. "

"Its a problem I have had. I spoke to my doctors and they said I needed proper bed rest. I shouldn't be stressed."

"I'm hoping that this time when I get pregnant, it is successful."

Wema Sepetu is a woman in love. The Miss Tanzania 2006 recently unveiled her lover, rapper Whozu.
Trending
2 months ago

Wema Sepetu has left fans with mixed reactions after saying she's ready to be buried if her new lover, musician Whozu ever dumps her
Trending
3 months ago