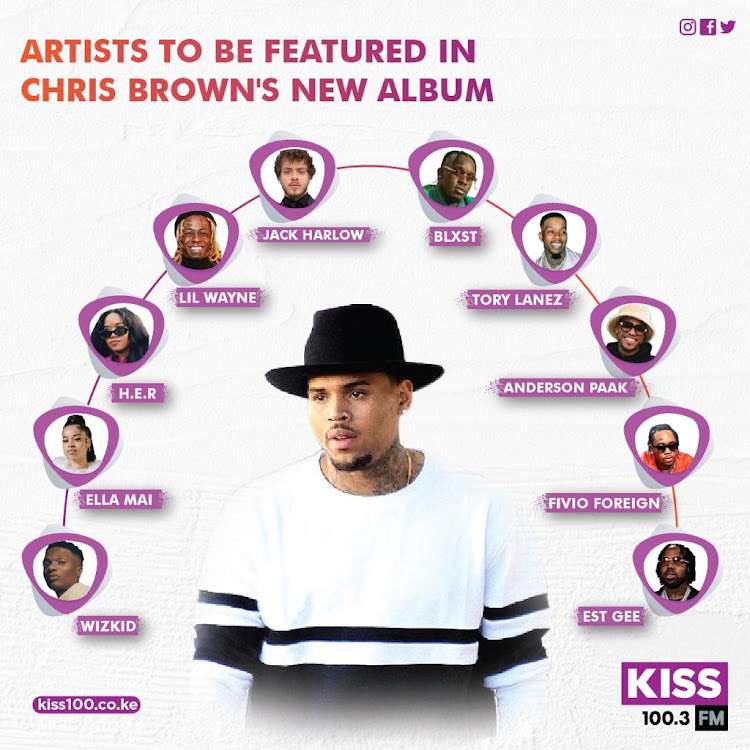 The 33-year-old whose melodic voice and skilled dancing propelled him to fame, has 9 studio albums in his docket and is not anywhere near hanging up his shoes.

The news had fans over the moon especially with the artist lineup that Breezy has collaborated with in the new album and the fact that it is his first album in over 3 years.

On the list is Nigerian artist, Wizkid finely putting Africa on the map.

Wizkid and Chris have worked together before, back in 2018 to give us the hit, 'African Bad Gyal.'

He also hinted at more surprise features, writing “…” alongside the smirking face emoji.

Chris had previously said that the album would have only 16 tracks, like his 2005 self-titled debut, “The amount of songs on this one will be the same amount of songs as my first album. KEEP IT CLASSIC… Chris Brown to BREEZY!”

both the artists have teased new albums within the past few weeks without actually announcing a project.
Entertainment
9 months ago