'If one makes you happy, imagine two, or more' Obinna endorses polyamory 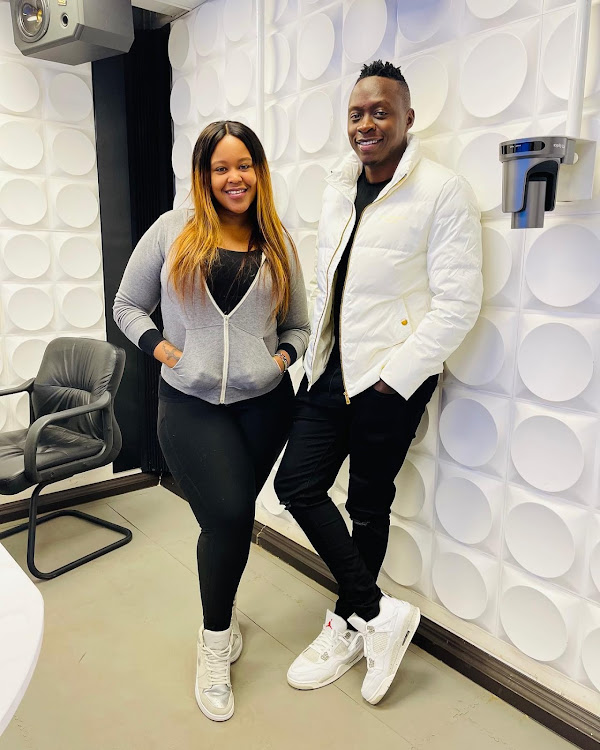 Kamene and Obinna at the studio
Image: Kiss FM Kenya

On today's morning breakfast show, hosts Kamene and Obinna decided to take over the emerging situationship that young people are finding themselves in at the moment.

"Oooh my poly-amorous love, well it is one person in a relationship with six to seven people and they all know and they are all okay with it.... How? Guys no, no..." Kamene said vehemently clearly not a fan of the ideology.

" Stop looking at me like that because what I am about to say... well" Obinna held his breath as he let out a light laugh.

Kamene sensing her co-host lack of reservations on the matter asked if his remarks would piss her off to which he replied yes.

" Well, here goes nothing..." Obinna said before going on to defend his views.

He started by stating that men have been into polyamory from ages ago.

" Like having a couple of people... if one makes you happy imagine two. Imagine, it's like how you love kachumbari, now imagine two portions of kachumbari.

I love salmon, one portion now imagine me having four." Obinna said calmly trying to see if he can sway Kamene to his side.

He went on to add that the idea of polyamory has been going on for a long minute the only difference is that there are parties involved and others are not, but the main culprit knows.

Kamene went on to add but this one is for ladies, " now ladies are picking it up, one girl seven men."

To which her co-host still found no fault in the situation.

" To which it's okay, it is good but what I believe, if you want to be in it, be in it but let the other (parties involved) so that they can know how to protect themselves." Obinna said.

Going on to add that at the moment it is like the whole city is in such a situationship, " unasikia Nairobi, yule anakupea ananipea... I'm here thinking let say I'm exclusive with Kamene, but Kamene knows she is with Obinna, Spencer, Chunky whoever and blah blah blah...." Obinna finished off.

Adding that people should learn to bring this thing to the table like grown ups but if they are too scared to do so then they should not allow their partners to engage in activities without protection as that is widely unfair.

Kamene was however not having it and insisted that people need to learn to go back to the old ways and learn to embrace monogamy. Insisting that there was an unwoven fabric that needed to be repaired.

Kamene-All I want in a relationship is peace

Owago couldn't figure out how a person would develop a relationship with plants or even animals.
Entertainment
11 months ago

Kenyans were asked if they'd spend the rest of their lives with their current person and most of them voted no
Entertainment
9 months ago
WATCH: For the latest videos on entertainment stories