Risper Faith on why she forgave her husband

Brian has not reacted to Ripser Faith's allegations. 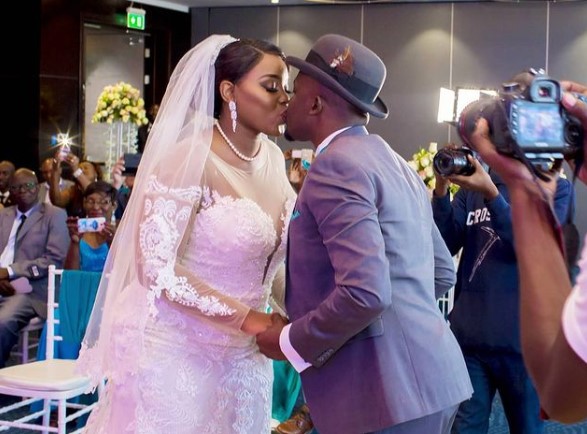 Risper Faith, was gifted a car by her husband Brian

Retired socialite Risper Faith just announced that she has forgiven her husband Brian Muiruri barely a week after she took onto social media to announce their possible split.

Why you ask, well a brand new gift was involved as an apology.

Taking to her Insta stories, Risper posted a series of videos of her new whip a white Honda Fit, and excitedly captioned, " apology accepted #spoiled wife."

Hinting that whatever she and Brian were arguing about was now sorted.

Quite ironic as she seemed incredibly mad to the point of insinuating that marriage is a scam going further to hint that her man might have cheated on her.

"A wise woman once said F this ish. And she lived happily ever after. "

She added in the caption of the post "MARRIAGE IS A SCAM."

On her Instagram stories, Risper added "Ever notice after a breakup the loyal one stays single and deals with the damages until healed. The cheater is already in another relationship."

Early this year, Risper remembered how she was told that she couldn't last in marriage.

"Next week is a big week for me, I am celebrating my 5th anniversary in marriage, I remember someone told me that siwezi weka bwana ata 1 week.

'But look at me now, happy wife living my life to the fullest. I can’t wait to celebrate with my baby @brayo79."

Brian has not reacted to Ripser Faith's allegations.

A DM is a direct message that can be sent on Twitter' Instagram and Facebook.
Entertainment
1 month ago
WATCH: For the latest videos on entertainment stories