Karen Nyamu says her baby daddy Samidoh is worth fighting for. 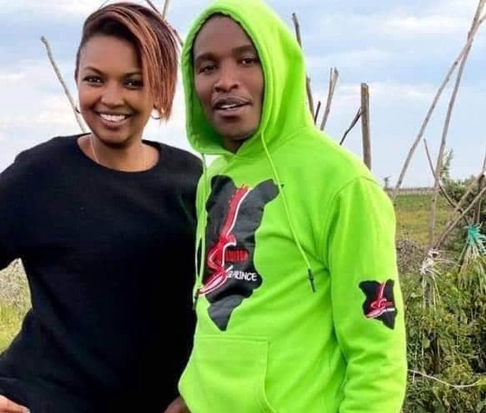 Karen Nyamu with Samidoh in the past. The nominated senator says her Mugithi star baby daddy is worth fighting for.
Image: Instagram

This she revealed during a Q and A segment with her fans during a flight to Congo.

Daring her fans to ask her anything Karen posted,

"I am on a long flight guys, tupige story."

"Not really, but he is worth fighting for,' she said adding a naughty wink emoji 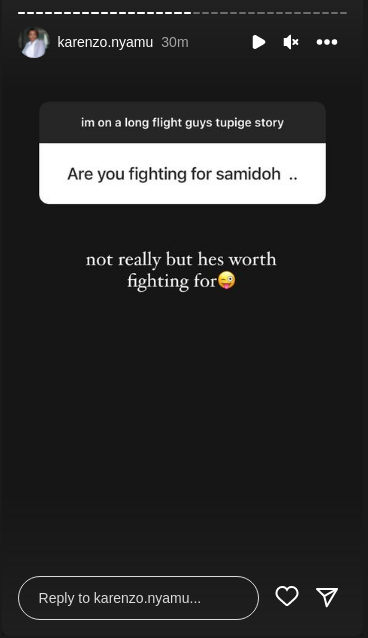 Karen Nyamu. She says her baby daddy Samidoh is worth fighting for.

Days ago a fan identified as Eunice Shaisha told Karen to close her ears as long as Samidoh is paying the bills.

The response was in connection to rumors going round that Samidoh is eyeing a Kenyan woman based in the US.

The woman identified as Bernice is allegedly hosting the Mugiithi star.

Karen Nyamu throws shade at bootylicious lady hosting Samidoh in US, she responds

Nominated senator Karen Nyamu succumbed to pressure to respond to fans who have been tagging her on posts relating to Samidoh’s stay in the US.
Entertainment
3 weeks ago

Bernice Saroni is arguably the biggest trend this morning after Karen Nyamu trolled her over her wonderful association with Samidoh.
Entertainment
3 weeks ago