Bahati called on President Uhuru to intervene, claiming he was told to recall his nomination certificate 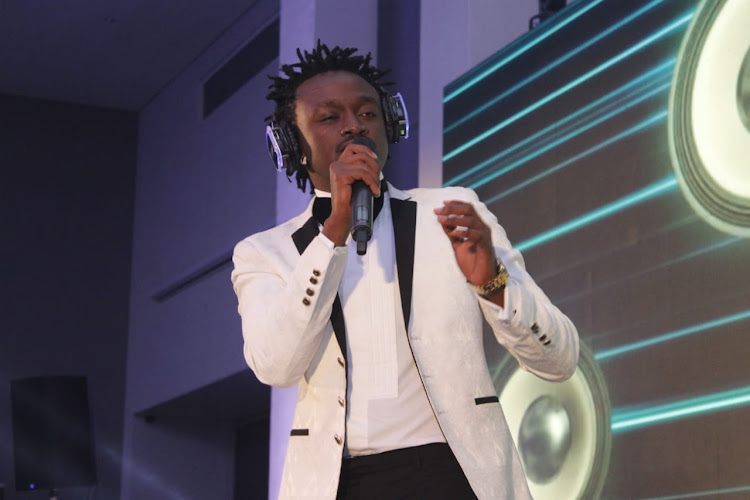 Bahati at a past event
Image: Moses Mwangi

Kamene Goro and Oga Obinna have advised singer Bahati to vie for the Mathare Parliamentary seat as an independent candidate.

This is after Bahati decried being denied an opportunity to contest for the Mathare MP seat under the Jubilee Party.

"Bahati is my boy, I love him, I respect him but he didn't see this coming," Said Obinna on the Morning Kiss.

He continued; "We saw this coming. I always say all the time, the way the system is set up, young people are not going to flourish now, maybe the next fifty years. Bahati take your followers and views and get in independent."

"If you're passionate about it and you have your agenda right go for it independent, people love you for you and not the party you are in."

On Monday, Bahati held a press conference to complain about how he was told to recall a certificate he was given.

"I was competing in the Jubilee party against four other aspirants and I followed the process. I did everything as per the constitution and IEBC regulations and jubilee awarded me a nomination certificate," he said at the Press Conference

"The youth of this country were happy not only in Mathare but around the country and we started our campaign immediately."

He went on to say that he is not a visitor to Mathare and that "before Kenya knew me, Mathare was my first fan base."

He described his last 24 hours as the hardest times in his life. He explained why he was asked to step down

"I received a call...and I'm being told I need to recall the certificate and step down for the sitting MP because he's threatened and feels like if I'm on the ballot, the seat won't go back to ODM, which I have said no," He cried while explaining

He also took to social media to call upon President Uhuru Kenyatta and ODM leader Raila Odinga to intervene.

"Dear My President H.E Uhuru Muigai Kenyatta... Dear The 5th Raila Amollo Odinga... I Strongly Believe There's a Space for the Youth in the Azimio Government... Please Intervene on this issue and Let the People of Mathare Get Justice.."

not only features Raila but other politicians in his corner like Hassan Joho and Babu Owino.
Entertainment
10 months ago

Bahati hits back at people doubting the authenticity of his gifts

This comes just days after fan questioned where the expensive gifts the power couple gift each other all year long disappear to.
Entertainment
11 months ago