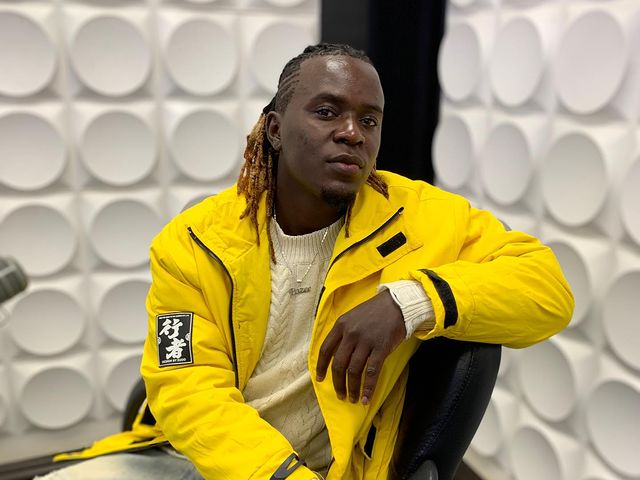 Obinna seems to have a crush on singer Jovial. This is after the Kiss FM presenter said he's not happy at how Pozze is behaving with Jovial.

Obinna was speaking to Quellie Odero who is holding it down for Kamene On The Morning Kiss.

'So since when have Willy Paul and Jovial started dating,' asked Quellie

Obinna says the two might be doing some publicity stunts for a song.

Obinna went on to refer to Pozze by his aka 'bwana mkunaji' as Quellie said Obinna is a bird of the same feather as Pozze.

He asked Jovial to stop character developing him.

"Today I launched my third business, take time to watch this clip and see what this young man has been up to. The van is available for hire. A driver will be provided for you...

I'm a happy man today, #matyapozze. The front Is only for VIPs where you have your own screen.. we have 4 screens at the back, and the sound is out of this world boss.... book it today and experience the beauty of it," he enthused.

"#matyapozze is available for hire to incase you want to experience sweetness... did you get a party? Send off? Look worry not coz we got you covered. For only 20k you can get this within Nairobi and 30k outside Nairobi.."

At some point, Pozze went to get Jovial from the airport with his Matatu.

Willy Paul has congratulated Mathare MP elect, Anthony Oluoch of ODM on his win for the Mathare MP seat
Trending
5 months ago