The rapper and model has been documenting her stay in Dubai 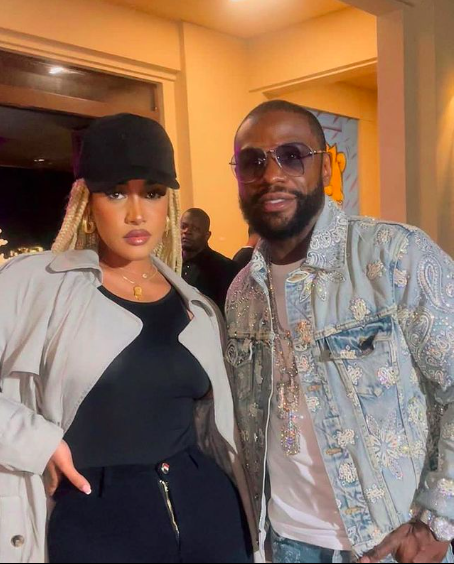 Tanasha Donna is in Dubai and while there, she met American professional boxer, Floyd Mayweather.

Donna has been documenting her stay in Dubai on her Instagram stories. She and Mayweather met at Enish, Dubai.

Enish is a Dubai-based restaurant that serves Nigerian delicacies. The restaurant is in front of the world's biggest water fountain ( The Pointe fountain ) facing the Palm Atlantis, and the beach.

Mayweather had been advertising a jewelry company while in Dubai "When you are in Dubai, visit Maximilian London located in The Dubai Mall. "

The boxer has also been cruising with luxurious cars while there "If you’re in Dubai and need a car there’s only one place to rent. They have the best cars and the best service. Thank you."

He has been in Dubai following a competition he's was advertising "Dubai- November 13th at Coca Cola Arena. If you cannot make it there, TUNE IN!!!"

"The official fight after party is at Club FLOAT on November 13th. Let’s party and have a good time!!"

In 2017, Kenyan socialite Vera Sidika was also spotted with Mayweather at Jamie Foxx's party in Los Angeles. She also got to meet Trey Songz, Chris Brown, Tyga, and Scott Disick.

At the time, she was also staying in Beverly Hills at a mansion that was believed to be owned by the American boxer.

The boxer is often known as the best defensive boxer and the most accurate puncher in history.