There were too many difficulties on their wedding day - Billnass 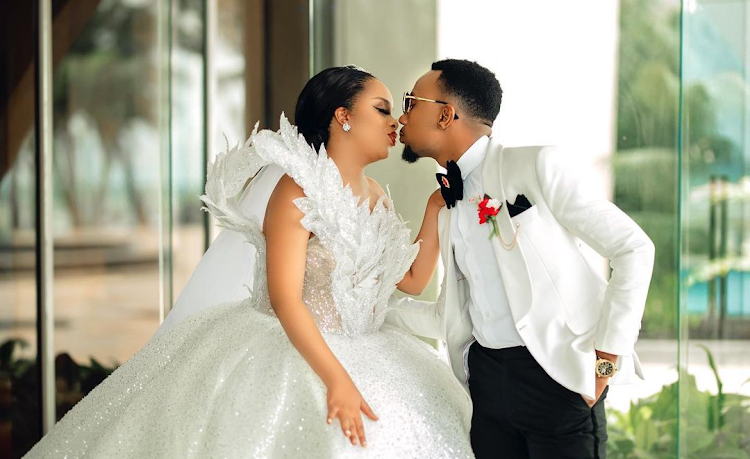 Nandy and Billnass who have narrated why their wedding almost backfired
Image: Instagram

Tanzanian rapper Billnass has shared little known details about his wedding with Nandy and how it almost backfired.

Before you get it twisted, here are the details.

Everything was working against the couple on the wedding day, but they overcame the difficulties to consummate their union.

There were too many difficulties on their wedding day.

In an interview with Wasafi Media, Billnass explained that he never slept because he was chasing after his wedding suit.

"At 4:00 AM I hadn’t slept yet because I didn’t have my wedding suit, it was misplaced.

“I was going back to the hotel at 7:00 Am to prepared myself for the wedding which was happening at 9:00 AM."

He continued by stating that one of the best couples threatened to cancel the wedding only minutes before it was to take place.

"The bride was late and at the church we were already having a challenge with a best couple who wanted to pull out on us. We were almost not tying the knot.”

Drivers to the cars he had hired also gave him challenges.

"I had booked so many cars and when I arrived in church, none of them were there."

Nandy previously stated in an interview that the reason she was irritated on her wedding day was because guests kept stomping on her bridal gown.

The singer claimed in a recent interview with CloudsFM that as she approached the altar, multiple people kept treading on her long bridal dress. She explained that even the veil came off, and that made her get mad.

"When I arrived at church, there were so many people and because my gown was long, people kept stepping on it and the veil came out several times. Before I got to the altar, someone stepped on my gown again and this time round, I was forced to turn back and look at them)," she said.

Nandy and Billnass tied the knot in a colorful wedding on Saturday, July 16, at the KKKT Church in Mbezi Beach, Dar es Salaam.

How Nandy and hubby are 167 Million richer