9 things Ugandans should know about Kenya after threats of war 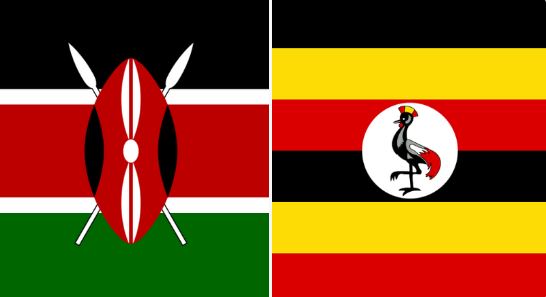 General Muhoozi Kainerugaba has set off Twitter wars between Kenyans and Ugandans after comments about capturing Nairobi in two weeks.

Muhoozi is the son to Ugandan President Yoweri Museveni and on October 3 took to Twitter with warnings that he would only need two weeks with his army to capture Kenya's capital, Nairobi.

He started by blaming retired President Uhuru Kenyatta, whom he refers to as his “big brother”, for not contesting for a third term in the August 2022 polls, adding that the retired president could have easily won the election.

"My only problem with my big brother is that he did not stand for a third term. We would have won easily," he wrote on Twitter.

But Muhoozi, 48, suggested Mr Kenyatta, who handed over power to President William Ruto on September 13, 2022, should have changed the constitution to remain in power.

"Haha! I love my Kenyan relatives. Constitution? Rule of law? You must be joking! For us (Uganda), there is only the Revolution and you will soon learn about it!"

Here is what Ugandans need to know about Kenyans.

2. Our internet is never shut down regardless of how we drive the Government crazy.

3. Opposition leaders are allowed to freely express their thoughts without undue crackdowns.

Kenyans arriving in Najjera after we take over Nairobi 😂😂😂😂😂😂😂 pic.twitter.com/WfdvQcEfFD

5. Ugandans need to know that weaves and wigs are our staple and not matoke.

6. Ugandans need to know that sending fare before eating a girl is a requirement.

7. Ugandans intending to capture Nairobi should know that we party harder.

8. They should know that they can get fake certificates in Kenya.

9. Corruption is a ministry in Kenya, with two billion shillings being used to fund that ministry every day.

Below are some more hilarious memes from Kenyans roasting Ugandans;

Muhoozi : My team will take 2 weeks to capture Nairobi

Uganda police have started the journey to come and attack Nairobi,,,😂😂😂😂#kenyavsuganda pic.twitter.com/HHRIjqA4B9

Eric Omondi, a Kenyan comedian, is making headlines once more thanks to a new cross-dressing video that has gone viral online
Trending
3 months ago

Kenyans have been doing the most to justify why only two Kenyan songs were on the top 100 Kenya Apple music.
Entertainment
2 months ago
WATCH: For the latest videos on entertainment stories