The comedian is not joking around 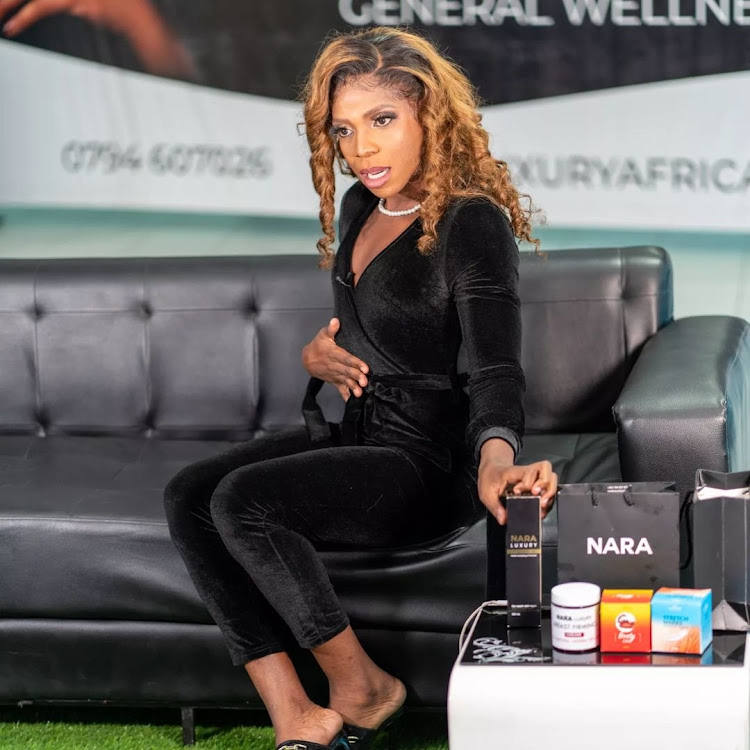 Eric Omondi The cross-dressing comedian has released a new video that has impressed Kenyans
Image: Instagram

Eric Omondi is making headlines once more thanks to a new cross-dressing video that has gone viral online.

The comedian can be seen dancing wildly in his most recent video with two other friends to Beyonce's worldwide hit song, "Single Ladies."

The comedian is seen sporting a crimson bodysuit, his signature blonde wig, and a beautiful facebeat. In contrast, his two support personnel (Ladies) are sporting identical white bodysuits.

Beyonce sings "All the single ladies put your hands up" as Eric twerks and laughs while he dips to attract the attention of anyone he is singing for.

Although Omondi's choreography concept is carefully thought out and executed, individuals who disagree with his views and modes of entertainment may react negatively.

On August 3rd, Eric amused Kenyans for the first time when he appeared on a new show wearing cosmetics and a wig and slaying superior to most girls.

Shakilla and socialite Amber Ray were subjects of separate interviews with him. He has denied the accusations that he is gay, which Kenyans quickly assumed.

Eric revealed to Mungai Eve that he is pleased with the name he chose for the character.

"Oooh Eric is gay, ooh I should not do this. This character, Diva is a beautiful lady and very creative. The character comes automatically after I wear it like her," he said.

"Funny thing is when I read such comments online, I am reminded that I have been doing this for too long since 2008 and it has never bothered me. Even when I read comments about people saying what is that I am putting on, I am like, I did that since long ago," he explained.

Kenyans have reacted sharply to his video with many saying they have lost a brother.

@OliverTambo· And through these dramas, he gained extra 900k followers and growing by far! Right now he’s the top celebrity in Kenya with the highest number of followers, I mean after @Lupita_Nyongo who’s US-based. Kudos @ericomondi_ for the great efforts bro!

@lotus_vasco·He knows where the money at ..... He knows what he is doing though we may all disagree

Video of the day! Omanyala embarrasses Eric Omondi on the track

In a video he shared on his Instagram, Eric is seen challenging the fastest man in Africa for a 100M race but his face at the end of the short sprint ...
Entertainment
4 months ago

Obinna questioned the fashion industry as he hilariously criticized the look of the shoe and often referred to it at taka taka (Trash).
Entertainment
4 months ago

Eric Omondi is taking a two-months break from the limelight
Entertainment
5 months ago
WATCH: For the latest videos on entertainment stories