The man was later on apprehended by police during a raid 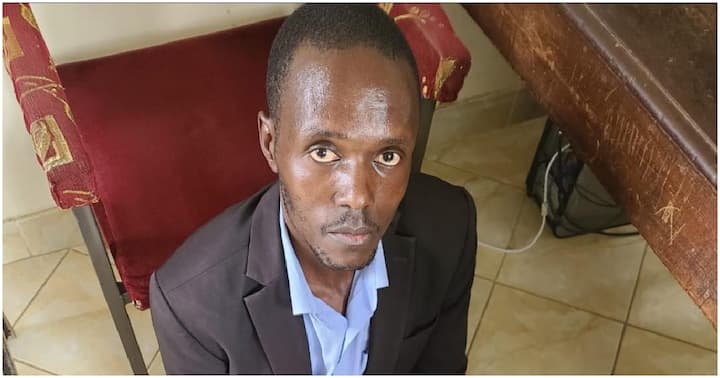 A few days ago, police in Nairobi arrested a man accused of kidnapping his 8-year-old stepson to extort money from his wife after a domestic disagreement.

The mother of the boy filed a report at Embakasi police station, under the complaint that she left the house early morning to run errands and upon coming back two hours later, she found her son and husband missing.

“A note had been left behind by the husband demanding a ransom of Ksh 50,000 for the release of the boy.

In the note, the man also warned his wife that he would kill the boy using a kitchen knife which he carried should she try any monkey business,” the police said.

The detectives tracked down the man, Nenwel Ondari, at the city bus stage and pounced on him at around 4 pm, as he eagerly waited for the ransom to be deposited in his Mpesa.

Just when you thought you heard it all, in another bizarre story from the past, a man almost had a heart attack when he found out he had been paying rent to his wife for 13 years, thinking that he was paying it to the landlord.

This definitely brings us to the question, but why?

It even gets worse as a woman in Nairobi was found to be possessing her husband's death certificate, yet her husband was still alive.

Saddening indeed how others see their fellow counterparts as people to prey on them either financially, emotionally, or psychologically, while betraying their trust and pretending to be good.