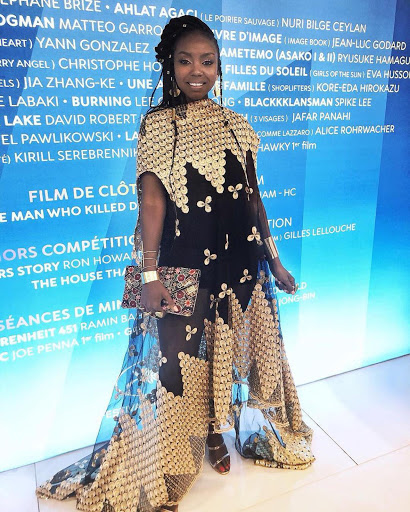 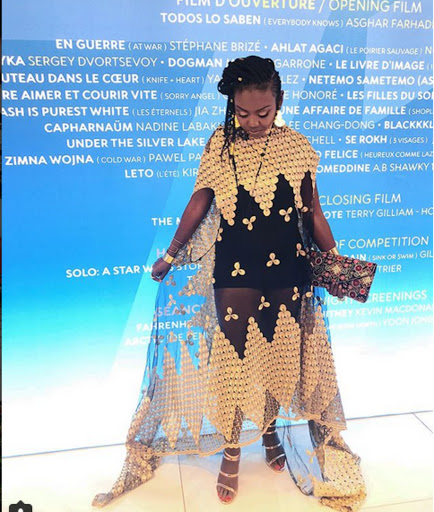 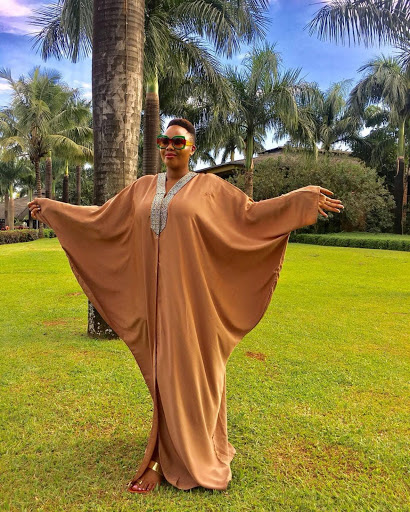 Media personality Patricia Kihoro is currently spinning heads at the Cannes Film Festival in France. She accompanied the now famous Wanuri Kahiu and the cast of Rafiki film (which was the first Kenyan feature film to premier at the Cannes Film Festival). Neomi Nganga is once again behind the stunning outfit Patricia rocked while at the French Riviera. She posted the photo on instagram with the caption;

"neominganga@stylebyneomi @stylebyneomi From Hollywood to CANNES🙌🙌🙌🙌[email protected] you made it great on you!! Love it. Thank you for representing #stylebyneomi so beautifully ...We GLOBAL 😃😃👍"

"The sheer asymmetrical had gold embellishments and Patricia styled it with a tribal clutch and gold heel sandals. For the hair, she went for a 'lazy' braid updo, and minimal makeup giving bohemian chic vibes." pulse wrote

Neomi Ngang'a made an impact on TV as an actress and has been in the entertainment industry for nearly 12 years. Who knew she would make such a big impact in the fashion industry. Her designs are always on point no matter your body type, they compliment each individual.

Go Neomi, keep up with the creativity.