Sony Music has canceled debts of thousands of their artists 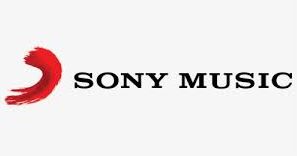 Sony Music has canceled the debts of thousands of artists who signed to the record label before the year 2000.

It means that many will now, for the first time, earn money when their songs are streamed on services like Spotify and Amazon Music.

Sony said it could not name the eligible acts due to confidentiality agreements, but a source said it would "include household names".

It said some artists stood to receive "many thousands of dollars per year".

Musicians typically take on debt when they first sign to a record label. They are given a lump sum, known as an advance, to pay for recording studios, video shoots, distribution and other expenses. The money is then paid back when they sell their music.

However, many artists never earn enough to repay their advances, often because they get unfavourable royalty rates from their own record companies. Heritage black artists have been particularly affected.

And until the debt to their label is repaid, those artists are not eligible to receive income from streaming, and other royalty payments.

That's how an act like TLC, who were signed to Sony subsidiary LaFace Records, ended up declaring bankruptcy in the 1990s.

The R&B stars declared debts of $3.5m, despite having one of the decade's best selling albums, CrazySexyCool.

Sony's announcement came in a letter to artists on Friday, a copy of which has been shared with the BBC.

"We are not modifying existing contracts, but choosing to pay through on existing unrecouped balances to increase the ability of those who qualify to receive more money from uses of their music," it said.

In other words, the debt hasn't been explicitly wiped out - but Sony will ignore it and pay royalties to affected acts, backdated to 1 January 2021.

Music industry lawyer Aurelia Butler-Ball said the scheme would "unlock" streaming revenues that artists were not previously entitled to, under contracts signed during the CD and cassette era.

"Many of the record deals [made] before 2000 didn't recognise that streaming platforms would ever exist," she said. "Therefore, artists didn't have the right mechanisms in place to see those revenues."