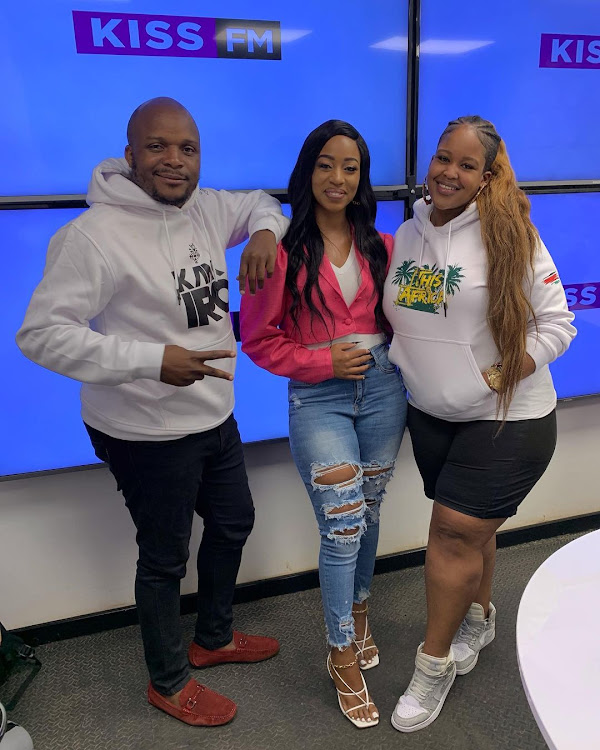 No sooner had Diana B launched her first song than she had already updated her rate card.

Speaking exclusively to our very own Kalondu Musyimi, her hubby Bahati revealed that it will cost you a whooping Sh800,000 to book her wife Diana B for a show.

“Her normal appearances at clubs is Sh500K, so the management was rating at around Sh850K per show," Bahatis said.

Speaking to Kamene and Jalas Diana explained how she arrived at that figure despite having just one song.

That is my starting price na niko na ngoma ingine natoa at 12 but for now wacha tubaki na 850k as a whole package." Diana said.

When I appear most of the time I am with my hubby and I join him on stage where he sings the hits he has dedicated to me, meet people take selfies and that's it.

What really inspired her into joining the music industry?

What I think about life is in every step of your life you have to work towards re branding yourself. I am a content creator and I felt it was about time to spread my wings and do something different.

What was her reaction when her song hit 1M views?

Can you imagine I feel like I am over the moon I didn’t expect this but I am really humbled.

I think I have loyal loyal fans who truly support me they came for me and gave me the numbers also the haters came out of curiosity as well because people were shocked.