Obinna had some words of wisdom for Vanessa Mdee 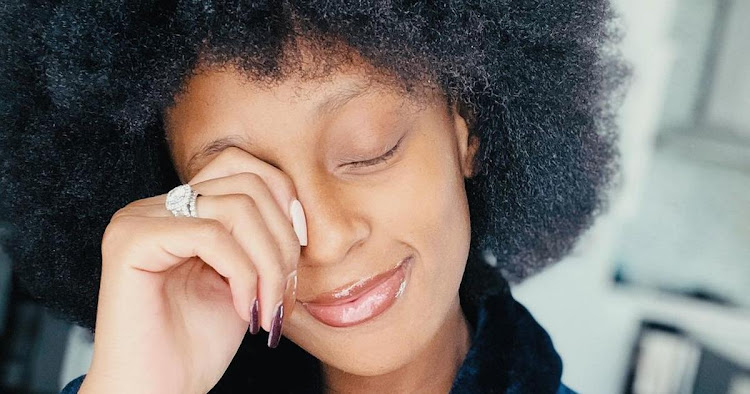 The pair who reside in the United States was a topic of discussion on today's, Morning Kiss.

Obinna appreciated Rotimi for leading by example and taking care of his wife as he also urged other men to follow in his footsteps.

Obinna stated, “I always look at Rotimi and am like wow! When you get to take a look at their videos, you see they have a child together. He bought her a Range rover, he bought her a house…“

"He even paid the bride price!” interrupted Kamene Goro.

Obinna struggled to understand why the pretty 'Me and You" singer decided to hang up her musical boots?

“I don’t know why Vanessa Mdee stopped doing music and I know she doesn’t need to but it’s not about that, it is about what makes you happy. Unless she was doing music out of need, then that is fine but if she was happy making music, I don’t understand why she would quit,” argued Obinna.

In response, Kamene said, “I think for Vanessa it just came to a point where there were other things that made her happier other than the music, Juma Jux has no money to match to that of Rotimi.”

Obinna quickly highlighted some features Rotimi had compared to Juma where he bantered about how light-skinned Rotimi is because of Nigeria’s oil availability.

Approximately 2 months ago, Vanessa revealed that the father of her only child had bought her a mansion.

"Valentine's Day was amazing, we celebrate it every day. This year was bigger for me because he bought me a 6-bedroomed house in Florida. It has 5 bathrooms an exclusive area etc. It's worth half a million dollars Currently, we live in Atlanta, the house is under my name," narrated Vanessa Mdee.

Their son is called Seven Akinosho
Entertainment
3 weeks ago

Vanessa Mdee, Rotimi are blessed with a son
Trending
4 weeks ago