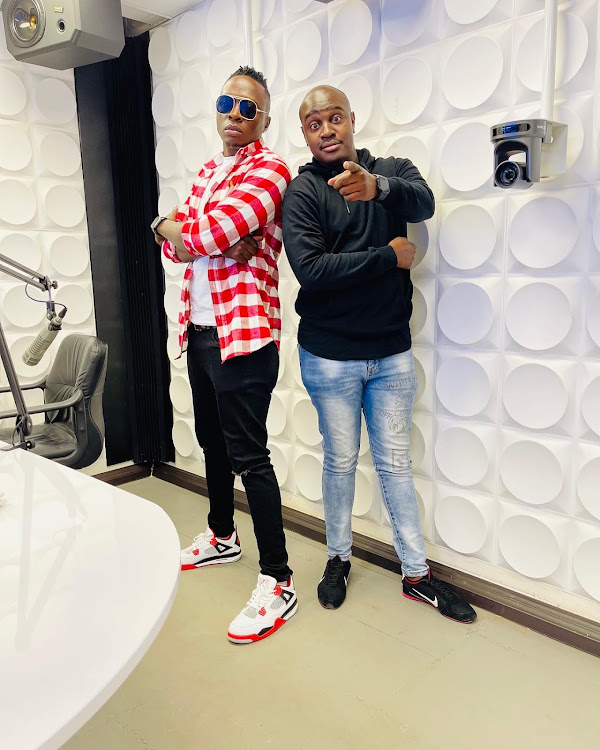 Today marks 30 years since the famous Stella of Freshly Mwamburi returned from Japan.

On the 17th of May 1992, Stella returned back to the country from Japan where she had gone to study and a young Freshly Mwamburi was beyond heartbroken by his lover's return.

When he met Stella at the airport she had an Asian kid despite Mwamburi having funded her college expenses.

The heartbroken Mwamburi penned down his feelings and released a song titled, 'Stella Wangu', to release his anger and disappointment.

As we reminisce over this moment, Obinna and Chito enunciated that this was where character development classes began. And slay queens began taking notes.

" You know JKIA kitambo did not use to have that fence, hiyo ilikuwa msituni....." Obinna said trying to imagine how the 17th of May 1992 played out.

"Before you could see everything..." Chito agreed with Obinna.

"Sasa wako hapo all animals including himself waiting for 'Stella wangu,' kidogo kidogo people are coming out of the plane and he is wondering, aahh Stella ako wapi? Kwani alimiss flight?"

"Then Stella alights and he looks and he is like Stella excitedly but then looks again and can tell Stella is carrying something and beside her is a short Asian man on closer look the kid is Asian and then it dawns on him...."

Chito was in stitches as he listened to Obinna's narration. He went on to try and imitate what Stella's Asian lover might have felt at that moment as well, mumbling incoherent words with an Asian accent.

I can only imagine the pure confusion between the two men.

"When I was in secondary school I wrote a love letter to a girl named Angel and I did a big mistake, I referred to her as 'Angle' instead of Angel on ...
Entertainment
6 months ago

Obinna: How to not get caught when cheating

we live in a modern society meaning we are engaging in ‘modern’ relationships within ourselves.
Entertainment
9 months ago