Vanessa Mdee calling out Juma Jux after his recent interview? 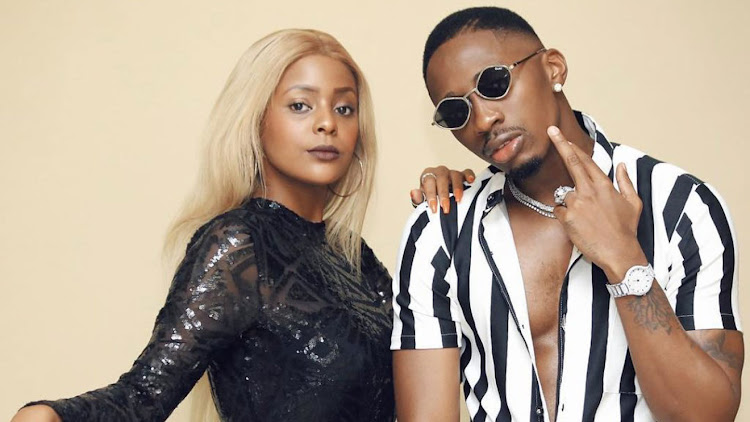 Vanessa Mdee and Juma Jux when they were dating
Image: Instagram

Famous Tanzanian songstress and media personality Vanessa Mdee posted some cryptic messages on her Instastories which while motivating were also suspected to be jabs at her ex, Juma Jux.

" Tabia ya kutia neno kwa kila jambo basi tu ili uonekane na wewe unamtazamo, ni ujinga. Wacha vingine vikupite. Kama hauna msaada, nyamaza. (This behavior of having an opinion about everything so that you can be seen as opinionated or having a say is stupid. Allow some things to pass you by especially if you don't have help to offer just be quite)," Vanessa quipped on her stories.

"People are suffering in silence, about many things they won't speak about. Be kind! Not everything requires an opinion. Just be kind!" the songstress added.

She also went on to encourage girls to embrace their natural bodies, "Also, this is not a dig to girls who have done stuff to their bodies that is a personal choice, but natural bodies are and forever will be in style."

In a recent interview with Wasafi Media, the singer made it clear that he really doesn't write songs for a specific person.

However, speaking about his song 'Sio Mbaya' which was rumoured to be directed to his ex Vanessa Mdee, Jux admitted that it was indeed a breakup song.

"We can break up but we don't have to be enemies because life goes on. If you miss call me, you can be with your guy, but call me," he said in reference to the song.

Jux went on to say that he might have a deal that can help an ex so there was no need to throw shade at one another.

"After the relationship, it's not a must to create hate or enmity," he insisted.

Juma Jux was dating songstress Vanessa Mdee for many years before she moved on to date American singer and actor, Rotimi.

The two have a child together and recently relocated to the states last year.

Obinna appreciated Rotimi for leading by example and taking care of his wife as he also urged other men to follow his footsteps.
Entertainment
8 months ago