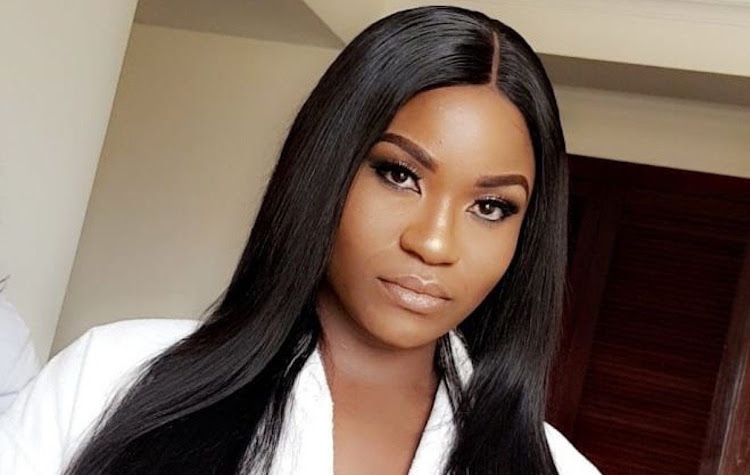 Former Nairobi Diaries actress Mishi Dora might have taken the fake it till you make it saying a little too far.

Mishi is currently in jail over an unpaid bill from a night out and as it seems she has been unable to settle her bail.

Two weeks after she was sentenced fellow actress and self-declared Ghetto Princess, Pendo decided to come to Mishi's help.

Pendo put up a post on her insta stories asking Kenyans to kindly help contribute to settling Mishi's bail.

The support comes as a surprise as Mishi and Pendo have unending beef.

A month ago Mishi held a Q and A session on her Instagram page with her fans.

A curious netizen asked her about the state of her current relationship with Pendo and Mishi responded referencing that Pendo is 'dead' to her .

"Let's talk about living things please. Who is that ?" Mishi responded.

On June 3, 2022, Nairobi Diaries star Clara Ojenga aka Mishi Dorah was charged with pretentiously obtaining credit after failing to clear a Ksh.152,550 bill accrued at a popular entertainment joint along Mombasa road on the night of May 26, 2022.

A Kibera court heard Mishi allegedly ordered food and high-end drinks at Golden Ice Bistro, but ended up not being able to foot the bill.

When asked to clear the bill before checking out, Mishi claimed that her ATM card was currently not working going as far as asking the club's management to accompany her to her home to collect the cash.

The club's bosses obliged but Mishi was still unable to clear the bill when they arrived at her residence.

She pleaded with the club's management to give her until May 30, 2022, to clear the bill but they were not having it.

The club's management however ended up reporting the incident to the police after she started avoiding their phone calls.

Mishi was arrested soon after and arraigned in court where she denied the charges, pleading not guilty before magistrate Monicah Maroro.

She appeared before a Kibera court where she was charged with drinking and eating at a city restaurant under false pretenses.
Entertainment
7 months ago

Octopizzo embarrassed himself an year after he not only harassed but embarrassed fellow rapper Breeder LW
Entertainment
7 months ago
WATCH: For the latest videos on entertainment stories