Former Nairobi Diaries actress, Mishi Dorah, has been accused of failing to clear an outstanding bill. 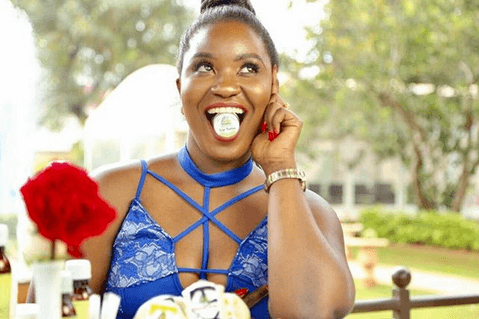 Former Nairobi Diaries actress, Mishi Dorah, has been accused of failing to clear an outstanding bill.

She appeared before a Kibera court where she was charged with drinking and eating at a city restaurant under false pretenses.

Mishi Dorah will be put on trial for spending over Ksh 150,000 for food and drinks Golden Ice Bistro at Nextgen Mall in South C on Mombasa Road in Nairobi and after failed to offset the bill.

Trouble came when it was time to pay the bill and she claimed that her bank account had a problem. The restaurant officials escorted her to her house to pick money which she didn't have.

The actress requested the bar management to give her until Monday this week to pay but ended up refusing to pick calls.

She was reported at Akila police station and police traced and arrested her.

She denied the charges before principal magistrate Monicah Maroro and pleaded for lenient bail and bond terms.

She is shipping all her baby stuff
Trending
9 months ago