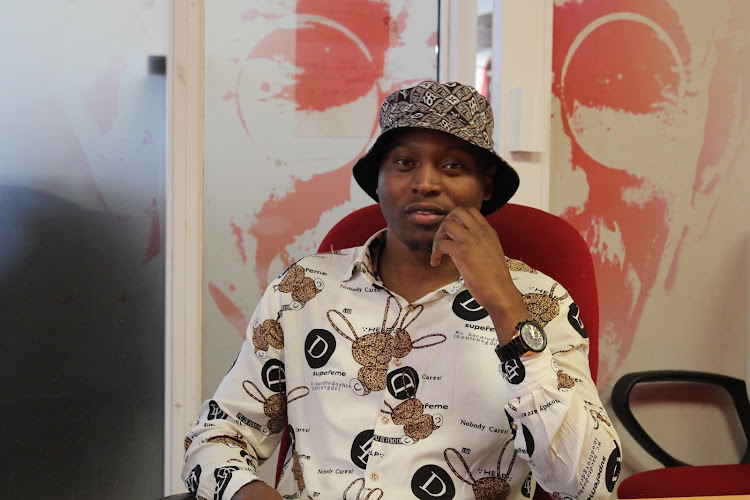 Famous photographer/ videographer and TikTok star Faustine Don ( known to most as Baba Talisha) came to fame through one of the most tragic stories a human could encounter.

Faustine lost his girlfriend/ baby mama in a road accident right near his campus and to top it off he almost lost his then two year daughter in the crash as well.

In an interview with Mpasho's Hannie Petra Faustine opened up about why he does record intimate and sometimes heartbreaking videos of his recovering daughter and posts them online.

Faustine who has a youtube channel dubbed Malkia Faustine ( Malkia in honor of his late lover) which boasts over 87 thousand subscribers has over time shared "unconventional" videos such as of him and his young daughter visiting the deceased grave, videos of Talisha singing happy birthday to her late mom or on other instances videos of the deceased burial.

Some people have criticized the young content creator over such content citing that he is using his grief for the sole purpose of gaining followers and making money that's why he puts up such content online.

Critics have as well noted that Faustine is putting up his kid for online bullying.

On those accusations, Faustine started by stating that he strongly feels that those who claim such things are only hating because his strength baffles them.

" As for me.... criticism is everywhere especially when you are making progress.

Some people love to see you crumbled and in grief, for me I post my daughter to give people hope, in the past I almost deactivated my youtube because of the hate" the photographer said.

Adding that when he needed help while Talisha was in hospital he posted on social media and did get help.

Highlighting the fact that he and his late lover used to post a lot on social media and back then people did not have an issue with that.

" Before everything happened, we used to post a lot mostly on Facebook. Malkia, Talisha and I but now because I'm posting our progress past the trauma and the process there are now a few people with propaganda and hate who really want to hate." Faustine said.

In the interview he also defended his content by adding, " even when you look at the comment section at all my videos, how many people are hating? I can not always focus on the negative.

In the past I used to see such comments and they'd break me but not anymore. This is Talisha's journey and it does help people."

He also added that despite everything he still found the grace to trust in God as nothing else could take away the pain.

" It's all God, I don't even know where I got or still get strength from.... so it's all God. I usually tell my friends if you have hope and trust that tomorrow will be better it will.

Prayers are important, I encourage people to pray because for me Talisha's recovery was answered prayers."  Faustine finished off.

In Tecra's memory, her family visited her shrine where they held a brief prayer ceremony and laid flowers on her grave.
Entertainment
3 months ago

'I woke up with sadness,' Jimmy Kibaki pays tribute to his father

His daughter would have been two years old on 31st December 2021
Entertainment
7 months ago
WATCH: For the latest videos on entertainment stories