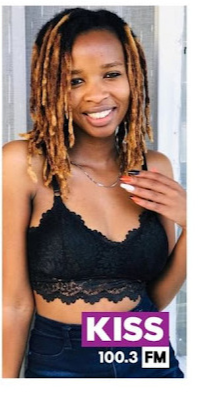 To greener and hopefully better pastures, well it seems Mulamwah's baby mama Carol Sonnie has finally moved on and is indeed in a new relationship. One could say that the Chilly Nairobi weather has indeed played well as a matchmaker this time.

During a Question and Answer session with her fans on her Instagram page, Sonnie for the first time confirmed that she is actually dating a new man months after her dramatic separation from the comedian.

The 26-year-old made the revelation after one of her male fans tried shooting his shot at her. One could never miss a target if they did not shoot towards it at all, right?

In then QnA sticker the unidentified man asked Carol, "mbona hunitaki? (Why don't you want me?)" to which the new mom replied  " juu siko soko, ( because I am not in the market/I'm taken)"

Fans' excitement spiked following her response to being in a relationship and curious netizens wanted to know if she would be revealing her man's face to them any time soon. Funny how curiosity kills the cat but the cat is already out of the bag, haha.

The QnA got super lively as a fan wanted to know whether Sonnie will let the online in-laws see her new man's face. We all believe no face no case, don't we.

Sonnie  clearly in tune with Nairobi's beats answered, "Heh noo hii nairobi ficha mtu wako kama bhangi." (No! In this Nairobi please hide your significant other like you hide weed)"

All the hype comes in shortly after Sonnie finally made a social media comeback after a long while of being MIA. She did reveal that she had taken the time off to focus on her mental health.

We do hope this time round she is not pulling our legs like the little stunt she pulled with artist Madini Classic.

The content creator must be the most sought after Kenyan video vixen after being featured in two music videos in March alone.
Entertainment
4 months ago

Obinna: Why I would never date Carol Sonnie!

However, Sonnie has finally revealed that the photo of them in each other's arms is just for an upcoming music video by Madini where she is featured ...
Entertainment
5 months ago
WATCH: For the latest videos on entertainment stories