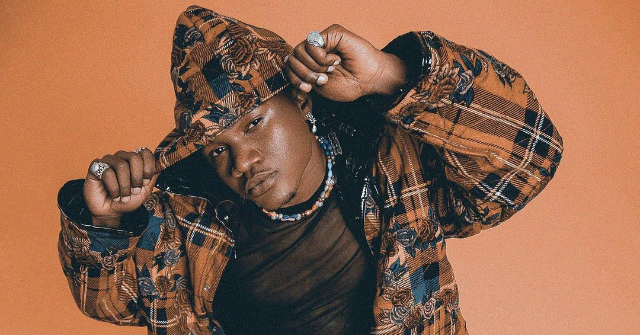 Tanzanian artist Mbosso has revealed he dated the baby mama to Abdu Kiba, the brother of Ali Kiba.

Speaking during an interview with Wasafi TV Mbosso says at the time he did not know the two had any connections.

"One day I was chilling when I saw a page that delivers biriani.

I sent a request for the same as biriani is my weakness."

Mbosso says at the time the account had no photos of the lady in question.

"The account had no photos so I just knew it belonged to someone selling biriani.

I ate biriani the first day and made a habit of ordering the same every Friday."

Mbosso added that with time Abdu Kiba's wife sent him a DM saying that she was his fan.

That was the beginning of their friendship.

In a recent interview, Mbosso opened up about battling a heart condition that might make it hard to have more kids in the future.

In an interview with Wasafi Media, Mbosso explained that the condition that causes his body to tremble was caused by a blockage in his arteries.

"I have been told my problems are due to my blood vessels being blocked by fat. I have had this condition since I was born," Mbosso said.

The musician revealed that there are times when the condition causes so much numbness in his body that he loses consciousness.

Mbosso said the disease is present in his family and he has had it since his birth. He said that there is still light in the dark as there is already a plan for the situation to go abroad.

"I have been pressured to keep on exercising. There are also professionals I have contacted. I have to travel to meet them," he said.

Mbosso said he would travel for treatment after arranging his affairs at home as treatment would take a long time.

He revealed that she was seeking treatment because doctors had previously informed him that his illness might lead to infertility after turning 30.

"The doctor told me my condition was probably going to get worse after the age of 30. He said it might lead me to never have children again without treatment," he said.

The musician also made it clear that not many have been aware of his illness.

He revealed that only his parents, his baby mamas, and his boss Diamond Platnumz were aware of the situation.

Thirty minutes in, he noticed there was some disagreement between his management and the organizers and it ended with the DJ ending Masauti's set ...
Entertainment
11 months ago