Should parents take their babies to a comedy show? 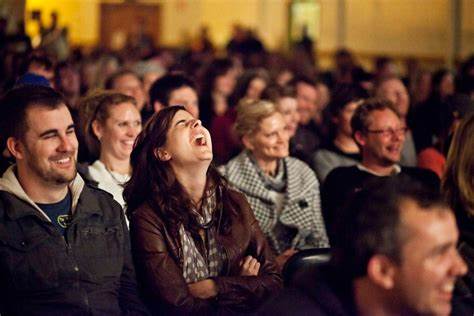 Comedians are no strangers to controversy, but stand-up Matt Forde is surprised to find himself at the centre of the latest Edinburgh Fringe row.

He has sparked a viral online debate after complaining about a baby interrupting his show on Monday night.

The comedian says his social media has "gone mad" after tweeting that a crying infant "derailed" his performance at The Pleasance.

Yet some parents have hit back, arguing against an outright ban on young children.

So should parents of infants stay away from the Fringe, or should comedians stop being such babies about it?

Forde, a Nottingham entertainer known for his impressions of Boris Johnson and Donald Trump in Spitting Image, is in Edinburgh to perform his show, Clowns to the Left of Me, Jokers to the Right.

On Tuesday, he tweeted about a father bringing his baby to the previous evening's show.

"Sadly it derailed large parts of it because they wouldn't do the decent thing and just leave when it started crying," the comedian posted.

"I get that it must be tough as a new parent but please, don't bring babies to adult shows. It's always a problem."

He continued: "I realise this sounds a bit whiny but it's just to make sure it doesn't happen again.

It's like someone's phone continually ringing and them not turning it off."

His initial tweet has been shared more than 1,500 times and received more than 20,000 likes – triggering a mass online debate.

Forde, who says he has not had any contact with the child's father since the show, told BBC Scotland the crying "went on for ages".

"In the end you can see that people were at the end of their tether with it. You could sense that the audience were getting a bit cheesed off," he said.

"It's very distracting. You've written a show, you've honed it, you want to entertain people – that's the whole point of the thing – and on that night if you're in the audience and you've paid good money to see a comedian, you're not getting the show that you paid for."

The comic explained his social media has "gone mad".

"It's a real lesson of the time that if you put something on social media be aware that it may well take off in a way that you weren't quite prepared for," he said.

"But I just think it's funny. I think most people agree with me, including parents.

"I've had people coming up to me in the street saying we totally agree with you. It's quite a surreal experience really."

Baba Twins follows Wamz, a young carefree airline hostess who is thrust into motherhood and has to raise multiples while navigating nanny drama and ...
Entertainment
10 months ago

These creators bring laughter to their real-life stories, family and different cultural experiences on the platform. Furthermore, they welcome the ...
Entertainment
10 months ago