Why Idris Elba's daughter ignored him for 3 weeks 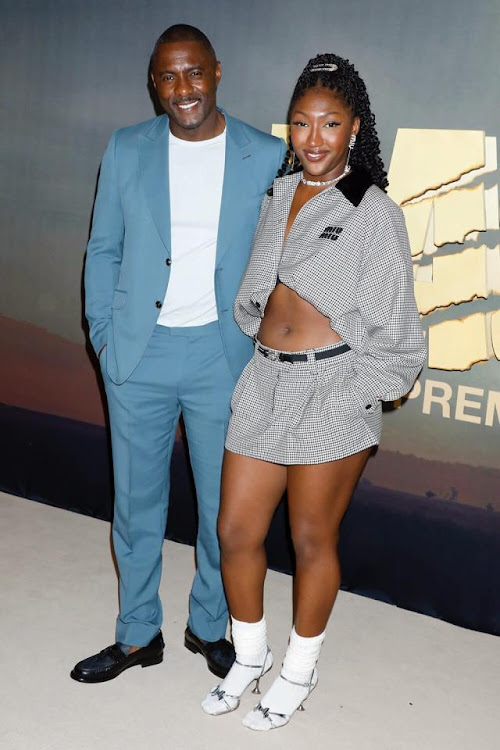 Idris Elba and Isan Elba Idris Elba on why he did not cast his daughter in new movie
Image: Courtesy

Celebrated British actor, musician, and DJ, Idris Elba shocked the internet when he revealed that his daughter had given him the silent treatment for 3 full weeks.

Why you ask, well look at it this way. Having an influential parent is super cool, you can name-drop to get things done, and plus he always got you, right? Well 20-year-old Isan Elba, would love to differ with that.

Talking about his new movie, 'Beast', Idris revealed that he had his daughter audition like everyone else, to play his on-screen daughter and Isan did not land the role!

And Idris did nothing about it! I know we are against nepotism and all but how crazy is that?

The actor was recently on "The Breakfast Club" with producer Will Packer, plugging their new movie which just hit theaters.

During the conversation, Idris revealed that Isan actually read for a part to feature as one of his two (on-screen) daughters that are featured in the film.

Idris personally insisted that Isan get put through the normal process that every other actress was going through and have her judged on her merit.

"Interesting enough my daughter auditioned for the part but she did not get it," Idris stated before adding, " It came down to the chemistry, the chemistry between me and my daughter was not it, weirdly enough."

No, serious like other people literally pay to have their kids featured in things!

Apparently, when Isan didn't get the part she did not speak to her father for 3 weeks.

" My daughter did not speak to me for three weeks," Idris revealed.

The movie's producer, Will Packer said Isan was close to landing the role but in the end, they went with Leah Jeffries and Iyana Halley to play Idris' children.

The BET award winner continued to say that he appreciates that his daughter did the audition and despite not getting the role she attended the premier of the movie.

"She was very great about it, and I am proud of her not getting the role and still showing up for the premier,"he stressed.

The event will go down on September 12th at the Microsoft Theater- Los Angeles, California
Trending
1 month ago

One of the film's female stars, Mona Zaki, has been the target of a hostile online campaign regarding a scene in which she removes her underwear.
Entertainment
8 months ago
WATCH: For the latest videos on entertainment stories