Ronoh opens up on weight loss and battling depression 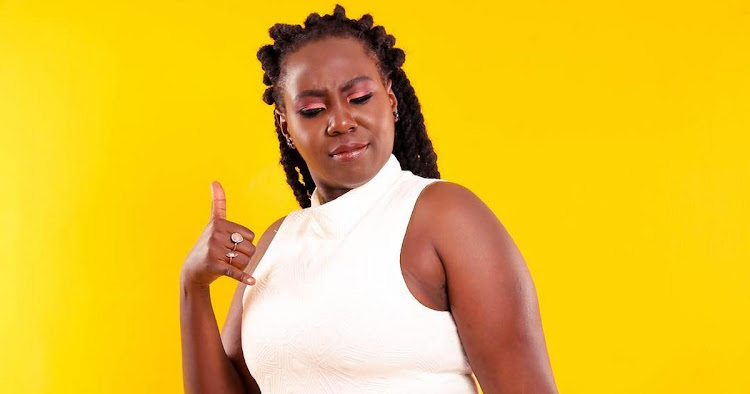 Kenyan content creator Chebet Ronoh in a new episode on her YouTube channel finally opened up about the hardships of being overweight and what finally pushed her to lose weight.

In the video the 22-year-old revealed after battling depression, anxiety, and suicidal thoughts, losing weight was the only gift she could gift herself.

Adding that she was not ready for the immense fame she was plunged into at such a tender age.

"Growing up I was always last because I never knew I was overweight.

"When I became aware, I became insecure. I have done everything to lose weight including starving myself. I even got acidity from taking lemon every morning.

"It was fueled by my insecurities. What jumps started my current weight loss journey is that everything around me was going wrong. I said I would dedicate three months to put my body in motion." Ronoh revealed.

Candidly speaking about how she battled depression and other insecurities about her weight, Ronoh revealed that at some point she turned to heavy drinking, noting that the alcohol consumption lead to her health terribly deteriorating.

"My health was also deteriorating so I went sober for three months. Weight lifting helped me lose my very big tummy. I keep myself motivated by tracking my progress.

I deny things myself the easy things and do the hard things. The results also motivated me." the content creator said as she talked about her journey.

The former radio host addressed her battle with depression revealing that she was not ready for the attention fame came with.

"I started my journey as one of the first video content creators in Kenya. So as social media started growing, so did I. In 2018/2019 I started getting recognized.

I went to Brookhouse to do sciences because I wanted to become a doctor but that was not my calling so I left school to join radio and things were looking good at that time."

"But things were moving too fast and I wasn't prepared for this. I was on the radio but I felt I was very unhappy. I felt like I didn't want to do it at that time of my life. It was overwhelming for me and I started getting anxious a lot.

Like I didn't know I was known. Walking on the road in shorts and a big tee and people would stop me on the road.

The creative would panic whenever people noticed her.

"People would say hi and I literally panic because I did not know how to respond and what side of me to show.

If you know me you know the Ronoh I was presenting was not me. It was a personality I was associating myself with. Which gave me bad anxiety and so drinking was my go-to so that I could get comfortable around people."

Chebet said at the time she had become suicidal.

How to lose stubborn belly fat

The visceral belly fat is the most stubborn type of fat, and poses major health risks
Lifestyle
2 months ago

Lori Harvey is the latest celebrity to get criticised for detailing her weight-loss Journey.
Entertainment
4 months ago
WATCH: For the latest videos on entertainment stories