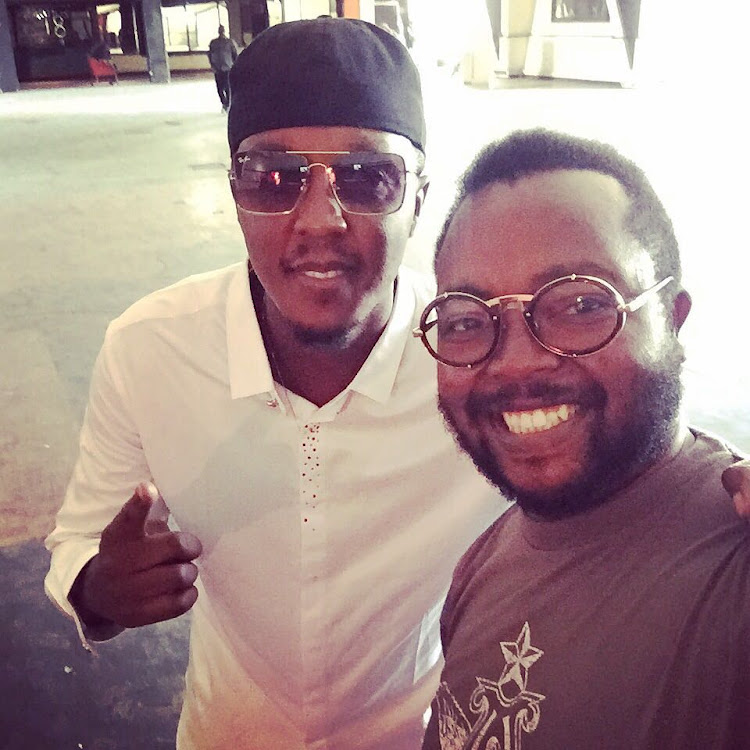 Mwax the Herbalist with Wyre The legendary producer passed on yesterday
Image: Instagram

Hilton Mwakio, aka Mwax the Herbalist, who was a music producer, sound engineer, graphic artist, and site designer has passed away.

The news which was first reported by NairobiNews earlier this morning, also added that the late had passed away yesterday with the cause of death still remaining unknown.

Mwax was coincidentally the brother of late musician Carlton Williams Bongo Juma alias Krupt died in the early 2000's from the bullet of a highway robber.

Fans and followers who knew him expressed their condolence messages. Some of them are below;

fathela__May you both rest in peace

One of Mwax's last social media posts read, “Make your hearts happy by any means necessary, just laugh and everything will go away eventually, Something always works out, by the way, it always works out. Believe it or not."

Herbal Records Production House was founded by the late Mwax together with his late brother.

The production house collaborated with several notable artists, including Wyre the Lovechild, Nazizi Hirji, Bigpin, and many others.

Mwax assumed control of the production side of things before going on to head the music label.

The singer succumbed to pancreatic cancer when receiving treatment in India
Trending
1 month ago
WATCH: For the latest videos on entertainment stories