Koome was given a clean bill of health Wednesday, a day after being vetted by a joint committee of the Senate and National Assemblies. 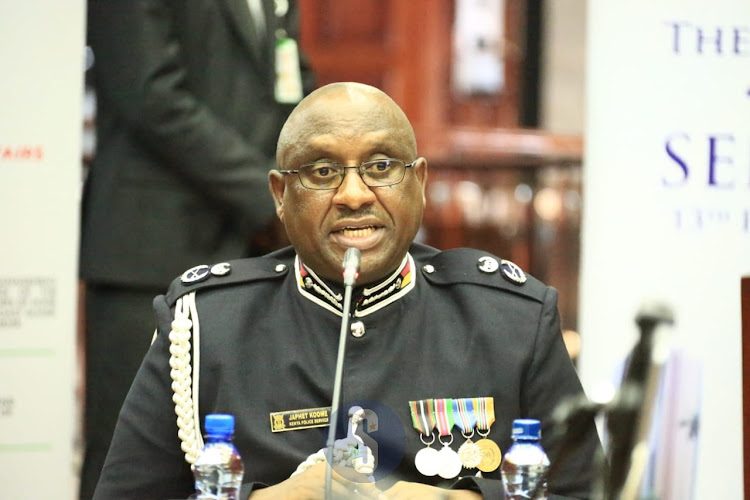 Japhet Koome has been confirmed by Parliament as the next Inspector General of Police.

Koome was given a clean bill of health Wednesday, a day after being vetted by a joint committee of the Senate and National Assemblies.

Senate's National security, defence and national relations chairman William Cheptumo tabled on the floor a motion recommending to the House the approval of his appointment.

Moving the motion to debate the report, Kisumu senator Tom Ojienda described Koome as a highly qualified and educated person.

Nyamira senator Okong'o Omogeni said Koome is a professional who will turn around the National Police Service.

"The person we are discussing here is a trained engineer from the University of Nairobi. For the first, we will have a professional in the police service," he said.

Uasin Gishu senator said that Koome will be taking over the office at the time the country is facing serious security issues and challenged him to immediately hit the road running.

"The new IG should ensure his officers are motivated. For a long time, we have had police officers who are demoralized. Their allowances are not paid," Mandago said.

Rwandan President Paul Kagame is a proud dad after his son Ian joined the police force.
Entertainment
3 weeks ago

A viral video of Sports CS Ababu Namwamba getting his shoes wiped by an NYS officer has sparked mixed reactions among Kenyans.
Entertainment
3 weeks ago