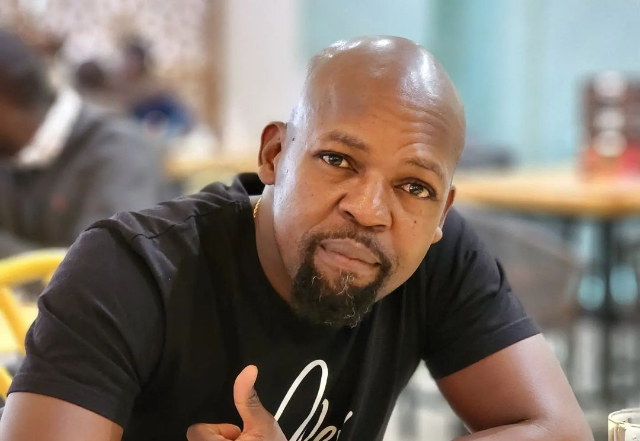 Media Personality Alex Mwakideu has weighed in over the gruesome murder of LGBTQ activist Edwin Chiloba.

Taking to his socials, Mwakideu cautioned Kenyans from jumping to conclusions whenever a murder incident happens.

The radio host argued that a section of members of the LGBTQ community had insinuated that Chiloba was killed for being gay - which turned out to be untrue as far as Jackton Odhiambo’s confession is concerned.

“My training as a journalist does not allow me to comment on stories that are still under investigation. So I won't. Lakini, I was not happy when some members of the LGBTQ community (not all) were up in arms, saying he was murdered by some homophobic people.

“Now, what happens when the truth finally comes out? When it begins to look like someone has come out to confess, he killed him because of some cheating allegations. (Remember these are still allegations. The matter has NOT been concluded),” Mwakideu said in part.

“When you go ahead and post issues that insinuate he was murdered because he was gay, you are only confusing people who are close to him and who are mourning.

"I wish you knew. If you are a member of the LGBTQ community, sio kila saa ni vita jamani. I am straight, and I can assure you that we are together in this because a Kenyan was murdered," he continued.

The presenter made it clear that the Chiloba incident was purely a murder case and not an LGBTQ case.

“This is a murder case and NOT an LGBTQ case. Ilikuwa sio lazima tuingize issues za LGBTQ. I come in peace, and I have nothing against the LGBTQ community,” he said.

Mwakideu noted that he is hoping that Justice will prevail in the Chiloba murder case and those responsible are held accountable.

“Lessons to learn: I have been following the story of Chiloba. May his soul rest in peace. 🙏🏾 Pole kwa familia, Marafiki, the entire LGBTQ community, the fashion industry na waombolezaji wengine wote. We hope and pray that justice will prevail.

So far, five suspects have been arrested in connection with Chiloba's murder, including Jackton Odhiambo who confessed to being his lover.

Odhiambo confessed to killing the fashionista for allegedly cheating on him.