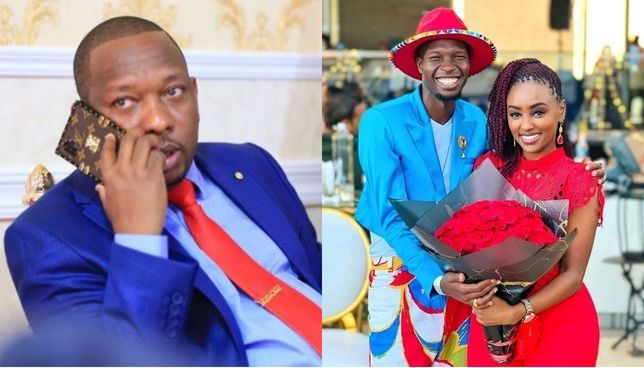 The former county boss made the serious allegations via his socials where he shared Chiloba and Ntalami’s photos from past events.

However, in a quick rejoinder, Michelle Ntalami hit back, cautioning Sonko from spreading fake news. Ntalami asked Sonko to refrain from speaking about things he doesn’t know.

“@mike.sonko With all due respect Sir, please write/speak only the things you are certain of. The late @its_edwinchiloba and I were friends. If you understood the dynamics, you would know a feminine woman like me would be the LAST person he’d be attracted to," Michelle said.

The Marini Natural CEO also reminded Sonko that Chiloba’s death is still under investigation and therefore he (Sonko) should stop speculating unconfirmed reports.

"This is a sensitive matter. Stop propagating lies, let the DCI do their job, and let’s let Edwin rest. I’ve always held you in high regard; I believe you are above this. Asante,” Michelle added. 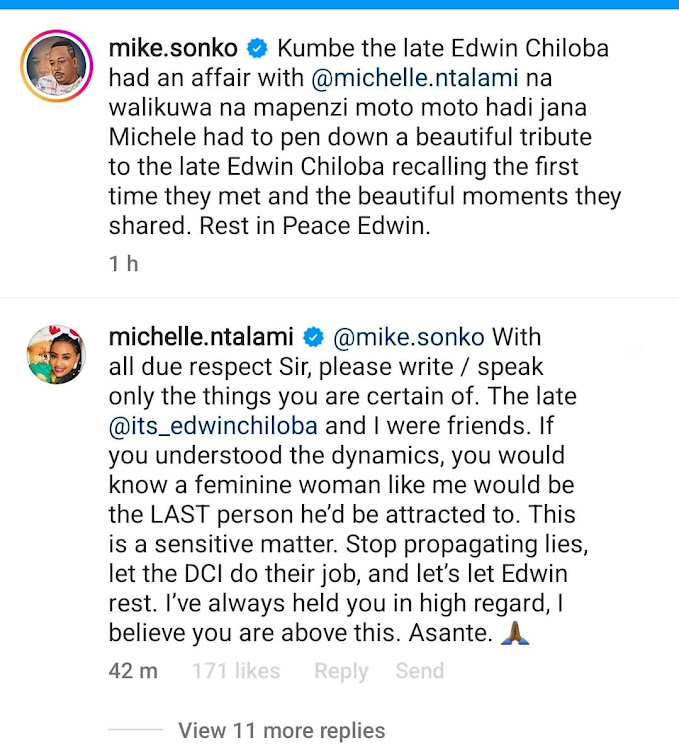 The chief pathologist said he found that the body was decomposed but during the exercise, they discovered pieces of clothes.

He said at the time of death the deceased was not getting enough oxygen in his brain which was swollen.

Police in Eldoret arrested Jacktone Odhiambo, a Nairobi-based freelance photographer  as the prime suspect in the murder.

The suspect says that he murdered Chiloba as revenge for betraying him in their relationship.

Odhiambo who had been staying with the deceased for a period of one year in Eldoret was arrested on Friday as the main suspect in the murder.

The two used to live together as husband and wife.

How Edwin Chiloba met his adoptive parents after family rejection