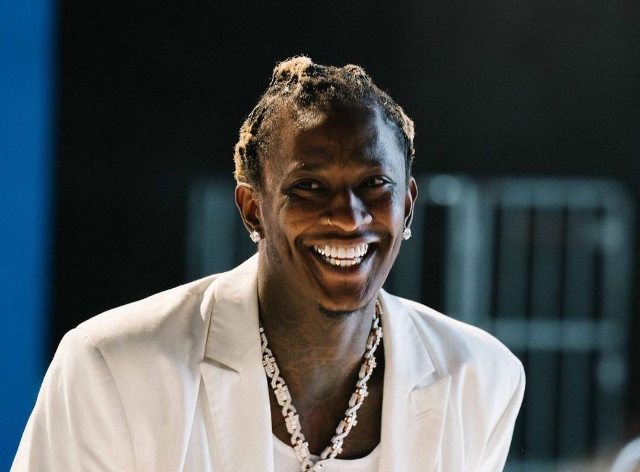 Things aren't looking up for the YSL leader after he and one of his YSL co-defendants got accused of pulling off a hand-to-hand drug deal while in court, during jury selection for Thug's RICO trial.

His defence on this one might need the whole trinity because the whole exchange was caught on camera!

Luck wasn't on the rapper's side as Courtroom surveillance footage captured the moment in Fulton County Court where Kahlieff Adams walked over to Young Thug and clearly handed him an object.

And if the cameras weren't sufficient evidence, 2 court bailiffs who were just a couple of feet away, saw the whole interaction and immediately nabbed Adams.

Following Adam's arrest the deputy investigating the interaction, later on, discovered the object passed was a baggie of Percocet pills.

While Adams is a defendant in the YSL RICO case, he is already serving a life-without-parole sentence for murder.

Young Thug's lawyer Mr. Keith Adams (not related to the above Adams) chose to play the denial card. He maintains that his client had anything to do with the drug deal, as the state claims in its documents.

He noted that Thug complied after being instructed to hand over the pills to the deputy, 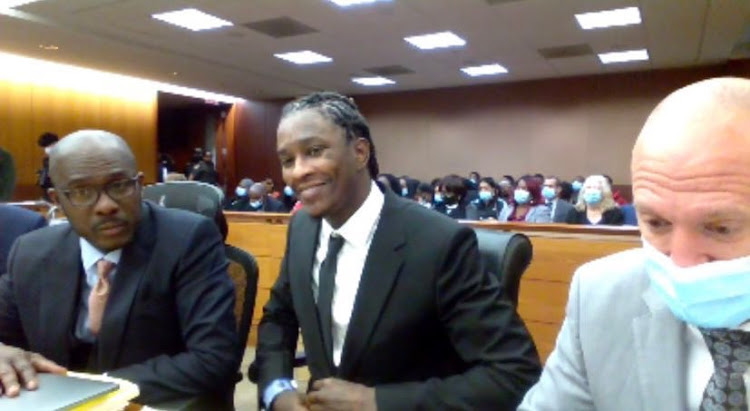 Yung Thug with his defense team in court
Image: Instagram

To make things worse, when deputies searched Kahlieff Adams they reported that he had more drugs with him.

These include percs, marijuana, tobacco, and other contraband wrapped in plastic and food seasonings to mask the scent of the weed.

Adams was taken to a nearby hospital because authorities suspected he swallowed other drugs in an attempt to conceal them.

Both Thug and Adams are also being blamed for delaying court not the best impression for Judge Ural Glanville, who's had his hands full with the case before it even got off the ground.

Earlier this week, YSL co-defendant Yak Gotti's mother, Latasha Kendrick, was arrested and charged for attempting to sneak tobacco to her son, who's accused of murder, in the courthouse.

Thug is facing a hard time as the judge hearing the case gave the go-ahead for prosecutors to use the rapper's lyrics as evidence backing their case.

The rapper is facing serious charges including conspiracy, participating in criminal street gang activity, possession of a firearm, and controlled substances charges, among others.

The whole time Young Thug has maintained that he is not guilty and his defence attorney insists his name will be cleared through the proceedings.

It is still unclear which lyrics exactly are going to be mentioned but some of the songs prosecutors are looking to use have been revealed.

Yung Thug with his defense team in court

Some of the songs prosecutors will use include Young Thug's 2018 hit, 'Anybody'
Trending
4 weeks ago

Gunna isn’t taking his incarceration lightly as it is evident by a fiery letter he’s written from jail where he says America is violating his Freedom ...
Entertainment
7 months ago