Anerlisa said that her ex husband, Ben Pol had started taking her silence for granted 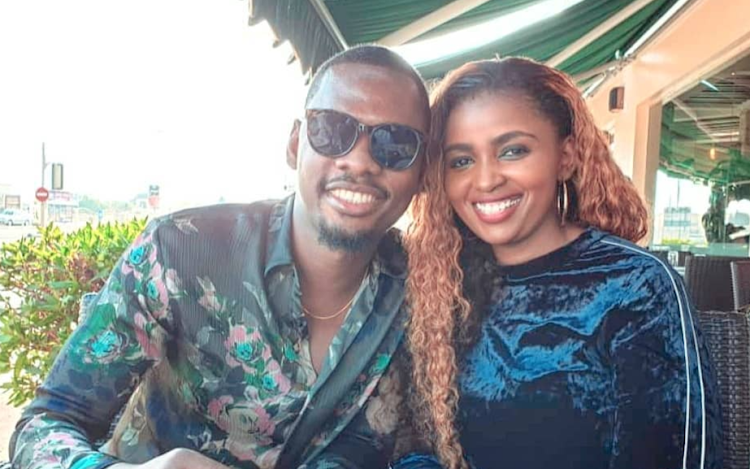 Anerlisa Muigai has sent a stern warning to her ex husband singer Ben Pol. The businesswoman told the singer to stop talking about her.

This follows an interview Ben Pol did with Tanzania's Millard Ayo about his experience in marriage.

The singer said a couple of things among them how he didn't enjoy the marriage. He also highlighted that he made less money through his music as he was always travelling and was not available for booking.

Pol said he is still in love with her.

In her response to the interview, Anerlisa said that the singer had started taking her silence for granted.

"Ben I think you've gotten used to taking my silence for granted, you've always had the right to tell the interviewer not to ask about me. Why are you always making me look bad, yet undercover, you send me messages different from what you talk?" she asked.

In another post she asked him to completely stop talking about her.

"If you are truly a real man, I dare you to screenshot what you have been sending me since 25th December to 4th Jan 2023. "

She added that she had alot to say and show about the Tanzanian singer but chose to be a lady about it.

"Its simple, stop talking about me!!" She concluded 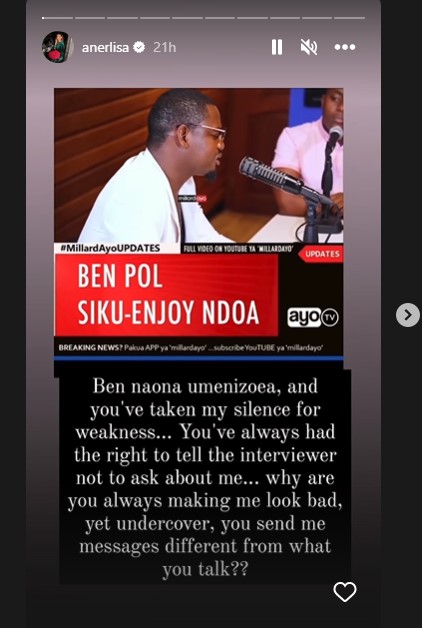 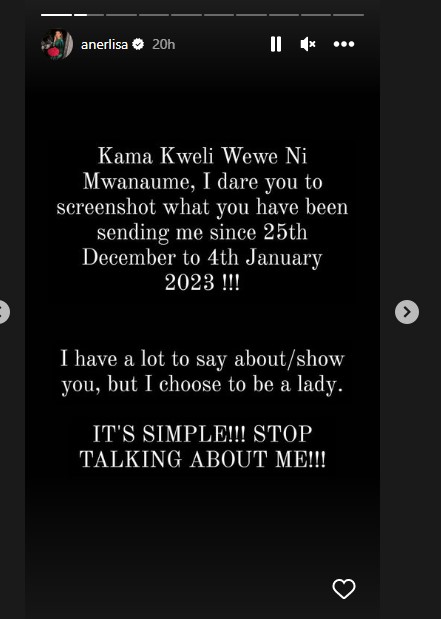 Pol said he started dating Muigai in 2018 but split in February 2022. He added that the divorce was completed late 2022
Entertainment
2 weeks ago

Anerlisa Muigai hopes to be a mum before she turns 36

Anerlisa also said her relationship is not going to be as public as her previous ones.
Entertainment
2 months ago