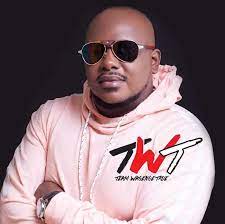 Hubert Mbuku Nakitare, commonly referred to by his stage name Nonini, just announced that he is terminating his membership with the Music Copyright Society of Kenya (MCSK).

The musician shared a copy of an email he had received from MCSK acknowledging his request to cut ties with the copyright group.

The email, whose reference was " Termination of your membership at MCSK," read, " Dear Sir, we refer to the above and to your notice of membership termination dated 17th February 2021.

Please note that your membership at Music Copyright Society of Kenya (MCSK) has been terminated effective 18th May 2022 as per article 9 (e) of Articles of Association of MCSK. We wish you all the best in your endeavors," the letter was signed by the new MCSK boss Dr. Ezekiel Mutua.

The veteran artist captioned the post, " insanity is doing the same thing over and over and expecting different results. Moving on to something that actually works 100%"

He is often referred to as one of the Godfathers of genge because he is not only very well known but has been in the game for close to 20 years.

has been actively present in the entertainment industry from 2002 to date, marking almost two decades in the industry.

He is known for hit songs such as, 'Keroro' and 'Furahiday' featuring fellow veteran artist Nameless.

MCSK is a group that is mandated to provide a fair formula for sharing of revenue from ring back tunes between artists/copyright holders and telecommunication companies.

The company has however for years been on the spotlight for the fact that it pays artists peanuts while the bosses take home full pockets.

MCSK Is currently being spear headed by Dr.Ezekiel Mutua, who prior to his new appointment served in the same capacity at the Kenya Film Classification Board (KFCB)

Upon his appointment, Mutua said that based on his competence, he will usher in a new dawn to the body which deals with the affairs of musicians in the country.

"Does he know musicians first of all? Do you think he knows how artists think or operate because they are about to be limited." Asked Obinna
Entertainment
3 months ago