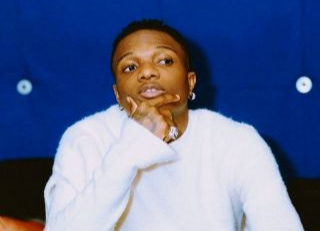 American rapper and Migos group member Kiari Kendrel Cephus A.K.A Offset has revealed he has a big fire collaboration with the African giant aka Burna Boy.

Offeset also revealed that he could not afford Nigerian singer and songwriter Wizkid.

Sharing the news Offset who is also married to fellow rapper/ actor Cardi B took to his Instagram stories to let the world know that he had a fire African fusion collabo dropping in a few.

He wrote that he (it is not quite clear if he wanted Wizkid first or he wanted both of these sensational and brilliantly talented artists on the same track) was about to drop a tune with Burna Boy and he had tried getting to Wizkid but after talks with his team he decided to just stick with Burna.

Part of his Insta story read, "myself and Burna Boy got some fire coming! I reached out to Wizkid's team so that he can jump on my record, but that mf too expensive. Lol."

He then added, " Had to go for someone lower than him. Thank you so much Burna Boy."

Offset first met Burna Boy sometime last month, July, during Burna Boy's listening party for his newly released 6th studio album 'Love Damini' in the US  where Offset and his wife Cardi B were in attendance among other stars.

It was a big day for Offset as he finally got his wish to meet Burna Boy. Offset was already causing stirs online weeks before their meetup after leaving a comment on Burna's Instagram page asking him to check his DM's.

Offset practically being a groupie surprised people as the rapper is an internationally celebrated star but it then went ahead to showcase why Burna Boy is as big a deal as he carries himself to be.

However, ironically the Migos band member just revealed that Burna is pretty 'affordable' as compared to 30-year-old Wizkid.

We all knew Wizkid was a big deal but this just blew our minds as four months ago Burna did come out to claim he is the highest paid African artist.

Sauti Sol were supposed to perform in United Kingdom yesterday.
Trending
7 months ago