Following the allegations wrote a public apology to his wife, Annie Idibia, for hurting her for the umpteenth time 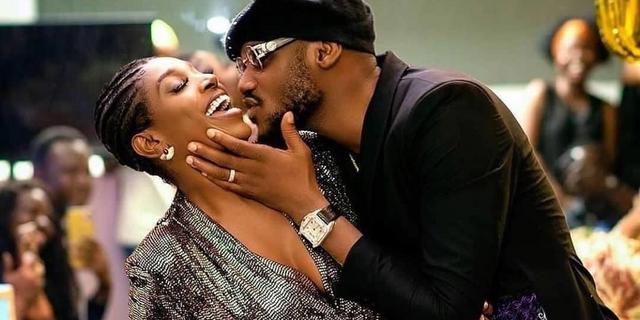 2Baba or 2face Idibia is under fire after reports making rounds on social media suggest he might have impregnated another lady following his latest apology to his wife and family.

Several Nigerian news blogs reported hours ago that Musician 2face wrote a public apology to his wife, Annie Idibia, for hurting her for the well the hundredth time.

Sharing a video of Annie in bed on his Instagram page, 2face Idibia wrote “Forever Grateful go u @annieidibia1 Love u till I die…U kind is rare #GRATEFUL to u forever. Sorry, I messed it all up.”

In another lengthy post, he apologized for all the embarrassment he has caused his wife, his kids, his mother, his other families out of wedlock and his management.

He, however, made it clear that he wasn’t looking for sympathy nor trying to make himself look good as it is no reverse psychology.

He admitted that he has been a bad father, husband, and baby daddy and made it clear he had no excuses for that.

" This is no stunt I'm sorry for all the embarrassment I've caused my wife, my kids, my mother and all our families and my management team. I'm not looking for no sympathy I'm not trying to make myself look good This is no reverse psychology bullshit.

I have no excuses I just want to do right by my wife, and my kids and their moms and my mom and all families and my manager and friends.

I'm not quitting or suicidal or giving up. " 2face wrote.

2face added that he is just returning to his default setting, denouncing his role model status and making up for lost times.

Following his lengthy apology,  rumors allege that the 'African Queen' hit-maker is expecting his 8th child with a different baby mama, a banker hence his public apology to his wife.

The world got to have a clear view of 2Baba and Annie’s marital affairs in the Netflix reality series Young Famous and African when the Nollywood actress broke down as she revealed how much her husband’s cheating has embarrassed and affected her.

Holding nothing back during the show, the mother-of-two revealed that her hubby cheated on her with several other women.

Annie shared that she was there before the fame and fortune but she was not the first to bare his children.

In fact, she wasn’t the second either.

“My first child is his fifth and I met him before everybody. So, you know what that is?” she said on the reality show

'Hit it and quit it,' Huddah's philosophy on cheating

Huddah advised that when you cheat on your spouse don't exchange numbers with the side piece, hit it and move on
Trending
3 months ago

Moya David said he does take gigs to surprise side chicks but he charges the cheating spouse more as a way of 'apologizing' to their wives
Trending
3 months ago
WATCH: For the latest videos on entertainment stories