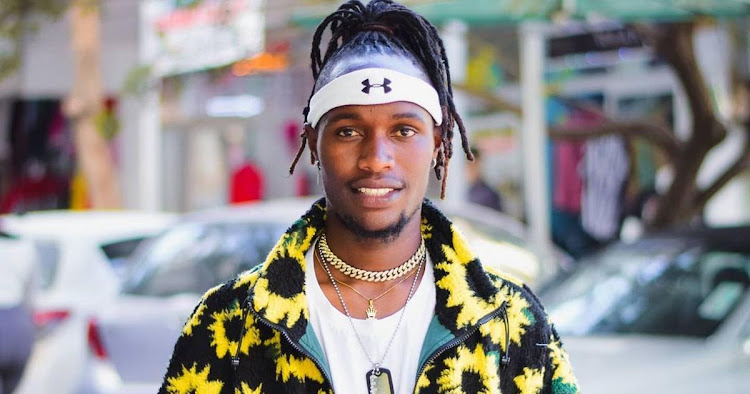 Kenya's most followed Tiktoker/ dancer Moya David in an exclusive interview with Mpasho's Kalondou Musyimi, revealed that he has been contacted and paid to do surprise dances for clients with side chicks.

Speaking about some of his surprises Moya noted that he has done over a 1000 surprises with some him having to keep private "some people want privacy, some are in Government  even kanju. They don't  like that life of social media, so those are kept private"

"I  simply carry out the wishes of my clients" Moya added

The 34-year-old also admitted he does dances for side chicks confirming that he doesn't share those though, "I don't share those ones. I have to be professional . Mi niko job tuu."

On how he knows they are side chicks, the content creator said, "some tell me, and then others you can just tell it's a side chick, either way I  just do my job. I don't judge them"

However he was quick to point out that when it comes to these cheating clients he charges them more than his normal rate as a way to apologize to their wives.

Adding also there is the fact that he is uncertain if he will face danger from an angry wife when delivering the surprise.

Moya also thanked musician Marioo for allowing him to use the song 'Mi Amor,' without charges noting, "he reasons very well and we are both benefiting from using the song"

Speaking during the grand opening for his newly set spa in Kilimani, Moya said, “I have always wanted to own something for myself and at the age of 25, for me, this is a great accomplishment.”

“I have been planning this for a long, I used to save before and I topped up with what I have been saving now. " He said during the official launch of the spa which currently has 12 employees.

Before adding that he has some amazing people in his corner who have been giving him financial advice.

"Some of my good friends have been giving me ideas and advising me on how to spend my money and I have been keen to follow their advice,” Said the 34-year-old.

Moya during the interview disclosed that it had taken him a year to save for the business noting that he has invested millions to launch it. On why he chose to open a spa, the tiktok star revealed it was inspired by his biggest followers/ supporters who are of the female gender.

"I had so many other business ideas but now for the content, I do this my clients were women and I saw spa would work for me"

On Saturday, Moya was spotted teaching Kiss FM's Oga Obinna's kids how to dance to 'Mi Amor' and it is fair to say that, even if the comedian spent a ...
Entertainment
7 months ago

Sensational Tiktoker Moya David, best know for the cheer he brings about by serenading random strangers with his captivating moves turned an year ...
Entertainment
7 months ago

Kamene reveals desire to own a nightclub!

Kamene was surprised by her colleagues
Entertainment
8 months ago
WATCH: For the latest videos on entertainment stories