She also spoke about the Duke of Sussex's relationship with his father, the Prince of Wales. 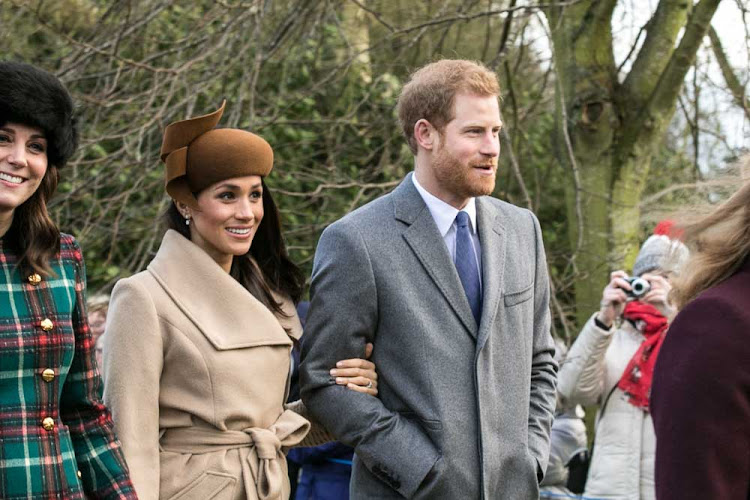 Meghan Markle with Prince Harry Meghan said in a recent interview that it was tough to forgive
Image: Commons Wikimedia

In a lengthy interview with a US magazine, the Meghan Markle the Duchess of Sussex discussed the value of forgiving others.

In response to a question regarding her connection with the Royal Family and her own relatives, Meghan, 41, told The Cut that "it takes a lot of effort to forgive."

"I've really made an active effort, especially knowing I can say anything," she said.

"It doesn't have to be the same for them as it was for me, but that's his decision."

She also discussed the Duke of Sussex's connection with the Prince of Wales, his father.

When asked about the effects of her privacy lawsuit against the Mail on Sunday by writer Alison P Davis, Meghan responded, "Harry remarked to me, 'I lost my dad in this process.'"

Later, a spokesperson for the duchess told BBC News that Meghan was talking about her own father, with whom she is estranged, and that she hoped her husband wouldn't experience a similar situation.

Meghan was questioned about whether she believed there was an opportunity for forgiveness between her and her royal in-laws and her own family by Davis, a features writer who has previously conducted interviews with celebrities like Jada Pinkett Smith and Lena Dunham.

The duchess responded: "I think forgiveness is really important. It takes a lot more energy to not forgive.

But it takes a lot of effort to forgive. I've really made an active effort, especially knowing that I can say anything."

Davis was informed by Prince Harry that he did not think other members of the Royal Family could coexist and collaborate as closely as he and his wife do.

According to the report, the Sussexes managed their business, Archewell, while seated at a single desk at a coworker's home office.

"Most people that I know and many of my family, they aren't able to work and live together," Prince Harry said.

"It's actually really weird because it'd seem like a lot of pressure. But it just feels natural and normal."

Prince Harry, 37, has said that once the pair quit serving as senior working royals in 2020, Prince Charles "stopped receiving my calls."

The agreement allowed the pair to work toward financial independence while allowing them to renounce their titles of Royal Highness. Harry was born a royal and has preserved that status.

The Sussexes reportedly outlined a plan for continuing to serve as working royals throughout the Commonwealth before stepping down.

Meghan told The Cut she believed this proposal was not "reinventing the wheel".

She added: "That, for whatever reason, is not something that we were allowed to do, even though several other members of the family do that exact thing."

The Sussexes, who have a one-year-old daughter named Lilibet and currently reside in Montecito, California, have agreements with the media companies Spotify and Netflix since leaving the UK.

The duchess' new Spotify podcast, Archetypes, which debuted last week, was being promoted with The Cut interview.

Harry's lawyers stated that the royal is unwilling to bring his children Archie and eight-month-old Lilibet - to the U.K. because it would be too ...
Trending
7 months ago

Prince Harry and Duchess Meghan have been approached by the Oscars producers about presenting an award at this year's ceremony.
Entertainment
6 months ago

The Duke and Duchess of Sussex have released their Happy Holidays Christmas card, which features a photo of their six-month-old daughter.
Entertainment
9 months ago
WATCH: For the latest videos on entertainment stories