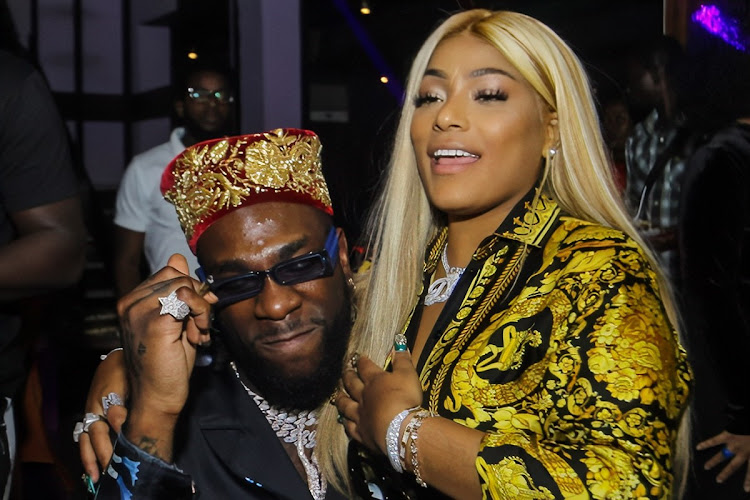 Stefflon Don with ex Burna Boy Stefflon has dated since breakup with Burna an year ago
Image: Courtesy

During an interview with Hot 96's TT Torez, English-Jamaican award-winning artist Stefflon Don opened up about her love life and how things have been since her breakup with Nigerian artist Burna Boy.

The '16 shots' hit-maker shocked TT when she made it known that she had not even gone on a date, or date with a guy leave alone having a fling.

When asked what she’s looking for in a partner now, the artist shared that she hasn’t dated anyone since the pair quietly split last year.

Stefflon maintained that she has been single since the break-up because she wants to see a future with anyone she agrees to date again as she’s not dating because of fun.

“So, I’ve been single... People don’t even know we’ve actually been broken up for a year now because we'd been apart for a while before the news broke, ” she said.

The “Hurtin Me” artist added that besides not wanting to fool around another reason why she’s been single is that she is just focused on herself, family, and her new music that’s on the way.

Stefflon admitted to being a hopeless romantic, as she explained that dating takes away from the work she could be putting in the studio.

“You know what it is? I have a problem, I’m just a lover,

I just love love. I’m a Sag, and I don’t know how to like go with a guy without thinking I’m going to marry him. I feel like I’m wasting my time. I’m busy, like… I could’ve been in the studio!” Stefflon told TT.

" You know all my friends are going out and I'm not even talking to nobody. My little sister was even saying I'm boring..." Stefflon revealed before adding that she would never date a fellow musician again.

Sfefflon however refrained from getting into the fine details of what exactly led to her breakup with Burna Boy.

She however did confirm his hit-song 'Last Last' was taking shots at their relationship as she noted that Burna Boy had lines in the song that were complete lies.

Stefflon Don took to her social to confirm that infidelity isn't the main reason for their split
Trending
6 months ago
WATCH: For the latest videos on entertainment stories