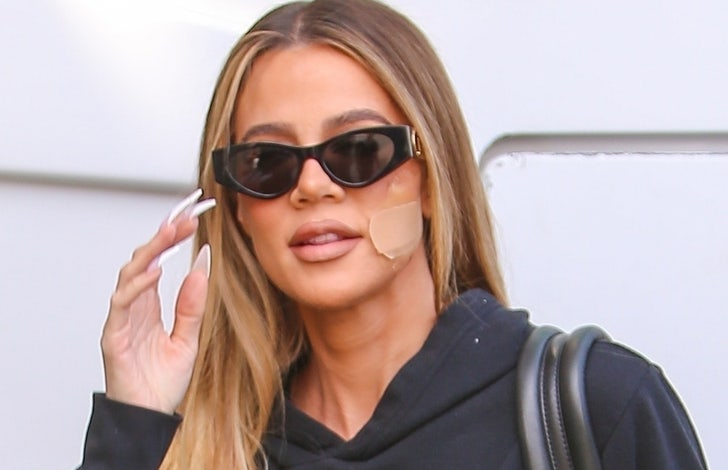 Khloe Kardashian notified the public of a recent cancer scare, which resulted in a cancerous tumor being removed from her face.

The reality TV star tells us that she went to the doctor for a biopsy after noticing a small bump on her face that remained there for 7 months.

Khloe's s face was examined by a dermatologist, and then she had two biopsies after her doctors told her that she needed an immediate operation to remove a tumour from her face.

"...what they were both seeing was incredibly rare for someone my age. A few days later I was told I need to have an immediate operation to remove a tumour from my face", she said.

Having been given this information, the socialite reached out to her good friend and surgeon, Dr. Garth Fisher, who oversaw the entire operation process.

She has since then revealed that everything appears fine now and she is healing,

"I'm grateful to share that Dr. Garth Fisher was able to get everything - all my margins look clear and now we are onto the healing process...", read the caption on her Instagram story update.

"So, here we are...you'll continue to see my bandages and when I'm allowed, you'll probably see a scar (and an indention in my cheek from the tumour being removed) but until then I hope you enjoy how fabulous I'm making these face bandages look," she continued.

The "Good American" founder says she is sharing her cancer scare to encourage folks to get their skin checked frequently.

She went on to explain how she had a melanoma surgically removed from her back when she was 19, despite being an avid sunscreen user.

The mother of two reiterated that she feels grateful this was caught early and that all she has to show for it is a scar to tell a story with.

"Most people aren't as lucky as me and I am forever thankful and grateful," she wrote.

I was scared to go online- Khloe after Tristan's paternity drama

Kim Kardashian hires extra security for her kids at school

The decision comes after Kanye West made it known several times the name of their children's private school.
Trending
3 months ago
WATCH: For the latest videos on entertainment stories