Cebbie however did not dive into the rivalry between her and her big sister. 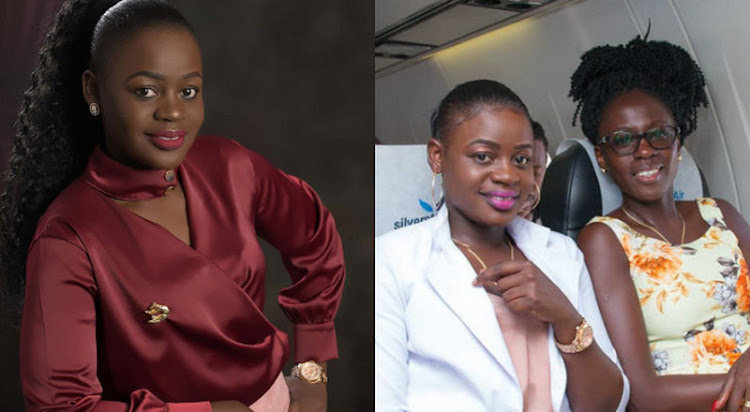 Just two days after musician Akothee came out to hang her family's dirty linen in public and cut ties with her younger sibling Cebbie, her sister has come out to respond to the family drama.

Taking to her socials to  address all the ugly drama that has surrounded her and her big sister, Cebbie posted with a lot of calm and grace thanking those who have been trying to reach her with messages of love regarding their business being open to the public.

She also took time to thank all those who have been praying for her family and her soon-to-be matrimonial union with city lawyer Steve Ogolla.

Cebbie however did not dive into the rivalry between her and her big sister or offer any information on whether the two would be working to resolve their issues as they have done in the past. 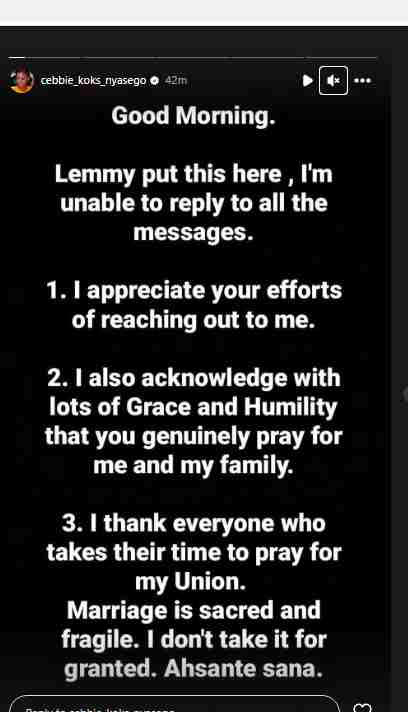 The bitter rivalry between the two sisters came to light a few years ago after Edgar Obare exposed Cebbie for backstabbing Akothee.

“Family is family and I like the way people kept on attacking me ‘oooh you can’t fight the president of single mothers [akothee]’ she’s, my sister. even if I killed today, she’ll open her arms and accept me because she’s more of my mother something people don’t know.” Cebbie said.

She went on to add, "we also fight badly and hit optimum. What people don’t know is that when Akothee and I are fighting in that family nobody talks because no one can bring us together.

We found a way to talk and, on that day, (when she was exposed) and we don’t understand why people keep asking me if I’m talking to her.

We don’t have to show you that we’re talking or we’re good. It didn’t dent us as much."

But it seems there is only so much break up to make up individuals can take.

The singer a few days ago disclosed that she has not been on good terms with her younger sister for the past year.

“We are having another event in December which I am very happy about.

The only thing is I was not going to attend that wedding because me and my younger sister I have not been on good terms for almost a year now. (Maybe you didn’t know) I packed my bags and left this relationship on 31ST December.

Why Akothee will not attend her younger sister's wedding

Singer Akothee has come out to explain why she will not attend her younger sister Cebbie Kok’s wedding scheduled for December 2022.
Entertainment
1 month ago

Akothee furious with her family over wedding preparations

Entrepreneur and musician Akothee is a disgruntled and sad human after her recent disagreement with her family.
Trending
1 month ago
WATCH: For the latest videos on entertainment stories