Nurse Judy says she regrets cheating on her husband. 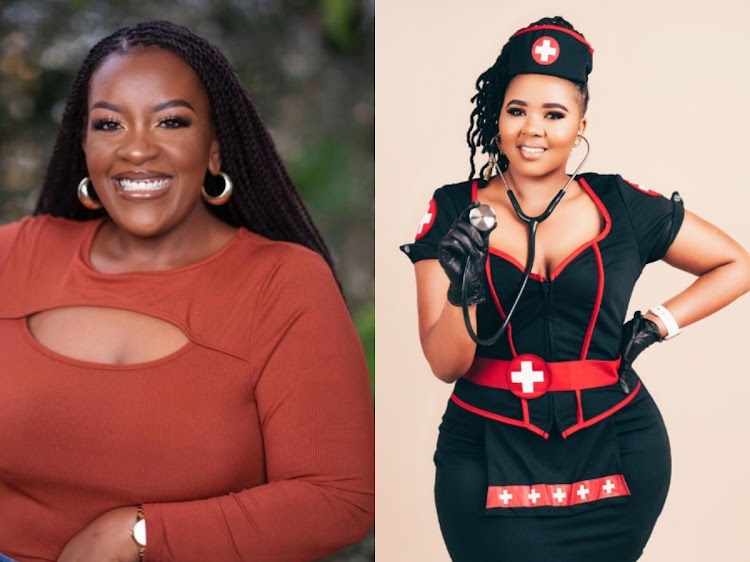 Nurse Judy and Murugi Munyi. The nurse has confirmed she cheated on her husband with Murugi Munyi's bae Zach.

A Kenyan woman identified as Nurse Judy has responded to claims that she broke Murugi Munyi's marriage after she slept with her hubby Zach.

The truth is that Judy did have a sexual relationship with Zach, at the time they were both married.

Judy has since separated from her husband

"I do not understand why I am being called a homewrecker to a home that was already broken.It was wrong what I did and it is not justifiable, it was disrespectful.

My husband was also cheating on me, but that does not make me the better person."

How did the news of her affair with Zach go public?

"Someone took screenshots and they were threatening me. They said they would send the information to the blogs.I was not going to send any money to anyone because If I did I would have to keep sending.

In January this year I was in the salon when my husband then asked me why Murugi was sending him a friend request.I used to be a follower of Murugi so my husband knew that."

"I knew by then that she had gotten screenshots of the affair between me and her husband. I immediately got a running stomach.I had to get into a washroom in the CBD, I have never had such a bad running tummy."

Judy accused Yummy Mummy of being two-faced saying that she portrays her marriage to be perfect yet it's not.

"There is a day I was with Zach and we were just reading her posts.

She wrote about how she loved her husband yet in the morning she had written a very long post abusing him.

She told him he was a narcissist.

It's funny how she advises women to leave their 'bad' marriages yet she is still in hers."

Judy says she has been through a lot of trolling and shaming after the scandal leaked.

"Obare called and asked for my side of the story.

Blogs took the story out of proportion and called me a home wrecker. How can I wreck a home that was already broken?' She quipped

I did not leave my marriage because she wanted me to be left, We worked on our marriage for a year.

But working on infidelity is not easy and every time we had a small argument my ex would refer to the screenshots he had been sent.

My husband had cheated on me before so when the news of Zach came we agreed to work on our marriage.

But we were not able to, people deal with infidelity differently. "

In a past interview with Massawe Japanni on Radio Jambo, Yummy Mummy addressed the cheating allegations.

The allegations surfaced last year after a video of her husband Zack alongside two women having fun emerged.

"Hearing people say my husband is cheating on me feels like I was walking on the street and somebody saying I am ugly. Just because someone said it doesn't make it true."

"Most of this time it affects my work because I get so many DM's from people asking me if nimeona hiyo video/photos.

But the truth is that I do not go looking for these udaku, hua inajileta and I have not asked the people to bring me such information."

Judy has advised anyone thinking of cheating not to.

'You're the most hateful person in Kenya,' Huddah tells Murugi Munyi