Dj Mo reveals Anto Neosoul hooked him up with Size 8 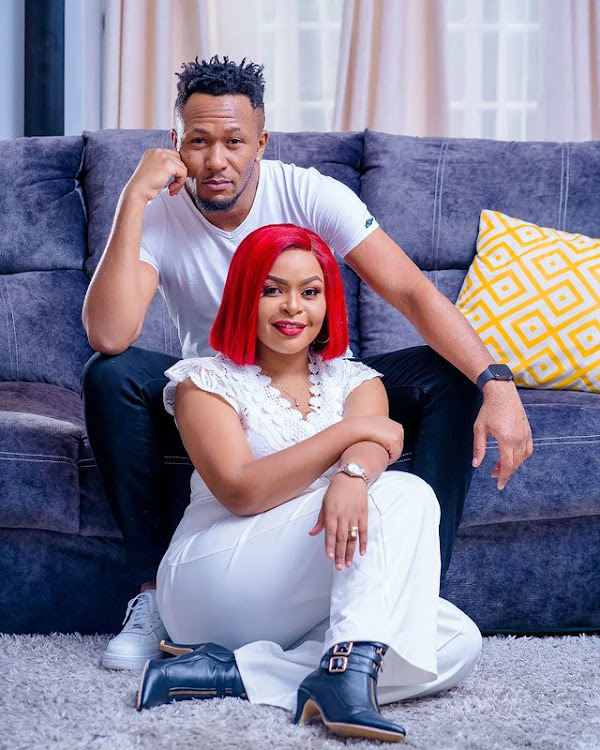 Turns out Anto Neosoul is not just an amazing musician but a matchmaker as well.

According to celebrity Dj Samuel Muraya popularly known as DJ Mo, the artist/ media personality is the man behind his 9-year marriage with his lovely wife, secular turned gospel artist Linet Munyali also known as Size 8.

In an interview with Anto Neosoul, DJ Mo revealed that it is Anto who hooked him up with Size 8 (who at the time was a popular secular artiste.)

The relationship shocked a lot of people seeing as they were in "different" worlds. Dj Mo was known as a staunch Christian while Size 8 was the embodiment of fierce and in the secular industry as she dropped hits such as "Moto."

During the impromptu phone call interview DJ Mo, praised the rising African soul star saying he has some ‘magic’.

“I told him to go call for me that lady (referring to Size 8), and he did. Now see where we are, you have to believe that Anto has some ‘magic’.

He is able to find you a wife because he did the same for me,” gushed the father of two as he highlighted that Anto Neosoul’s character of trying to hook up with people can be super helpful at times.

The Dj finished off by making a promise to Anto as he highlighted that he owes the artist big time.

“When you get a wife I will help you by advising you on how to keep her,” DJ Mo promised Anto.

The celebrity couple got married in a private ceremony at the Attorney General’s office on September 23, 2013, and are currently blessed with two children (a firstborn girl child and a boy.)

Their marriage has not been smooth sailing, however.

About 2 months ago, Size 8 packed up and left DJ Mo with their two children.

Efforts by friends and family to reconcile the two bore no fruits as Size 8 was very angry with her husband.

Sources said that she asked her friends and family who tried to reconcile the two to give her time to think about their marriage. The two have however since then reconciled and are back to living together.

Speaking in an interview with Chito and Cyd, the mother of two says before she matured into handling things calmly, she had moved out of her ...
Entertainment
9 months ago