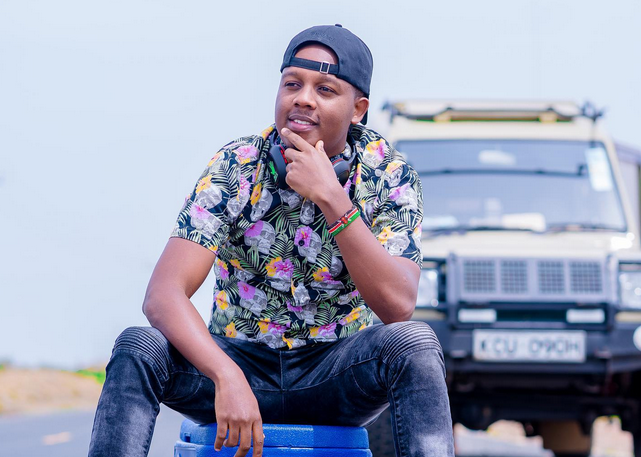 Kenyan veteran actor turned producer/content creator Abel Mutua walked away with 6 awards over the weekend during the Kalasha Awards and he has been ecstatic over it since then.

The father of one during a candid interview with Kiss FM's Dennis Milimo opened up about what the win meant to him, the money he'd made off the film, and his future plans.

Starting off Abel showed off his impeccable style as he revealed that he'd spent 26k on his suit for the award ceremony.

"The coat I think was like 6k, the shirt is 3k, the pants are around Sh.2500, and now the shoes. The shoes are everything! I spent 13k on these kicks, so in total around 26k" the super producer revealed.

Speaking about his achievements Abel couldn't hide his excitement and joy.

"As a company, we've taken home 5 awards, as an individual I walk away with 6," started Abel before expounding on the wins.

"I was in a short film called Christmas Love and we won so individually I have 6 awards." He said proudly.

Abel told Milimo that they were aiming to go back home with 7 awards out of the 11 nominations that they'd received but they lost on one very dear one that they'd been eyeing.

"We wanted 7 and the one that eluded us is mine! I was eyeing the best screenwriter award but I didn't get it.  Aaahh nimeskia machozi but haidhuru. Next time," said the funny guy.

He highlighted that winning the best feature film award made his night.

On what he'd love to see done differently come 2023 the father of one said, "Producers have this thing where they create films then call their fellow producers to come to watch. It shouldn't be like that, cinema ni ya wananchi tukifanya cinema tuite wananchi.

Not calling producers/filmmakers then we go and putting the films on the shelf is wrong. We should leave that in 2022."

Abel also encouraged filmmakers to learn to set aside a good amount of money for sales and marketing so as to be able to push their films and create a culture in the industry.

"Always budget for marketing, otherwise there is nothing you'll be doing. Because Nairobi only is where people go to theatres to watch movies and that is not right, we need to rectify that." Abel insisted.

He also asked the government to invest in Nairobi Film Centre.

"Nairobi Cinema is the biggest cinema in East and Central Africa but it doesn't have a screen. If the government could just work on that we'd be set, and now if they ensured every county had its film centre we'd be revolutionary," Abel said.

On Saturday, December 3, 2022, all roads led to Safari Park Hotel for the 12th Edition of the Kalasha International Film and TV awards (2022)
Entertainment
2 months ago

Abel Mutua and Judy kept their money separate until 2020